How The Signals Network Protects Whistleblowers

How The Signals Network Protects Whistleblowers

The French-American charity Signals Network has just established a media partnership with Il Fatto Quotidiano. In this interview, the Executive Director of the Signal Network, Delphine Halgand-Mishra, tells us how Signals Network plans to protect truth-tellers

They reveal crimes, abuses, corruption, and they do it at their own risk, often experiencing harsh retaliation: they are frequently fired, put in prison or even killed. They are called ‘whistleblowers’, a word which, interestingly, has no translation in the Italian language. To protect whistleblowers, a new international organization has recently been established: the Signals Network. To reveal crimes and abuses exposed by whistleblowers, the Signals Network partners with numerous international media. For Italy, Signals just opted for Il Fatto Quotidiano. We asked the Executive Director of the Signal Network, Delphine Halgand-Mishra, to discuss her work. 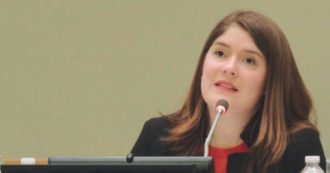 What does Signals do to provide practical help to whistleblowers?

“The Signals Network is a French-American charity who provides support to selected whistleblowers who have contributed to published reports of significant wrongdoing, such as the Football Leaks and Luanda Leaks’ whistleblower Rui Pinto. We can do so today in 11 countries: Denmark, France, Germany, Great Britain, Hungary, Italy, the Netherlands, Portugal, Spain, Switzerland, United States. We believe that whistleblowers are essential players in uncovering wrongdoing committed by the powerful and in strengthening our democracies and we need more of them. Those who risk their lives and livelihoods to bring us the truth deserve our support.

The types of services Signals Network can provide to selected whistleblowers go from legal support, information security, media relations management, advocacy, psychological support, to even temporary safe-housing. We also compiled a solid roster of qualified, volunteer attorneys who are available to render advice to putative whistleblowers about their legal rights and responsibilities prior to or in the course of providing information to a media organization. We are currently supporting a dozen of whistleblowers”.

“You are right, media ownership concentration and/or lack of complete independence from the owners are serious threats to a free and independent press, a serious threat to the pillar of democracy that holds the powerful to account. Too many European media have been partially or completely captured by state or private interests. That’s why strong international collaborative investigations are imperative to protect public interest information. We set up our media collaboration program accordingly in order to protect public interest journalism from any potential political, commercial, governmental or religious interests.

We chose to partner with media across the political spectrum, with significant audiences, and with a track record of in- depth journalism and high-professional standards. Then, our media partners created a system, thanks to the online security expertise of Freedom of the Press Foundation, that allows all of them to receive the information simultaneously from whistleblowers, through PGP encrypted emails or the Signal Messenger app. This safeguard protects the information from any potential state or private interest seeking to influence the editorial stance of any particular media outlet; because all the media received at the same time, the whistleblower revelations can’t be stifled by outside interests”.

You are one of those who has spoken out for Julian Assange. After WikiLeaks published the secret documents of the US government provided by one of the greatest whistleblowers of all times, Chelsea Manning, Assange has never known freedom again, while Manning has spent 8 years in prison and tried to commit suicide three times. Isn’t a huge price for a whistleblower and a publisher who exposed war crimes and tortures?

“Yes, this is a huge price. I would like to add that even if you disagree with some or even all of Julian Assange’s actions, you cannot deny that the legal retaliation he is facing from the American administration endangers journalism in the United States, as 3 counts in his indictment under the Espionage Act are exclusively based on the pure act of publication of newsworthy government secrets. This goes beyond just a threat to sources or newsgathering; it’s a direct threat to news reporting”, as Gabe Rottman from Reporters Committee from Freedom of the Press describes”.

Even European democracies provide little protection to whistleblowers. In Italy, we are just at the beginning. What does Signals Network plan to make that protection more effective?

“The coming months are crucial: members states have until the end of 2021 to transpose the latest European Directive on the protection of whistleblowers voted by the European Parliament. This Directive is not perfect but it is a great step in the right direction to protect journalists’ sources. So I call on all European citizens to be extremely vigilant when your own parliament will adapt this directive in your country.

With a great network of civil society organizations like the Whistleblowing International Network (WIN), we monitor the true commitments of European governments to protect those who speak up. I met the Portuguese Minister of Justice to discuss this topic, when Rui Pinto was still imprisoned in Portugal for example. Rui Pinto is now free”. 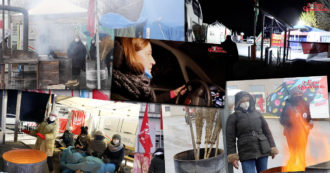