From the few words I can understand, I would say that the four twenty somethings sitting at the table on my right are from Turkey. Four dapper twenty somethings, Diesel jeans, Ray-Ban aviator sunglasses. Converse All Stars. One of them has Bose headphones. In Montenegro? In a dodgy bar next to the port? And they are talking of Kosovo. Another crossroads of illicit trafficking of all sorts. Tourists?, I say. The guy with the headphones looks at me. Journalist?, he says. And he takes out from his backpack a big book of geometry. “Or perhaps a racist. If you are not European, either you are a smuggler or a migrant.”

Or a jihadist. As the other smart journalist they’ve met yesterday was thinking.

They are architecture students. And of course they are here on holiday, because where else could they go? Young, male and Muslims: they’ll never get a Schengen visa.

And so Bar is better than nothing. Last year they went to Bosnia and Croatia. They have got a flight to Bulgaria, this year, they have been in Macedonia, Albania and Montenegro. And now they are heading to Kosovo. And it’s one of those moments you are sharply reminded how nonsensical our policy of shutting borders is, shutting them to everything and everyone – they are clever, curious: four well read students: I say I’m from Tuscany, and they start talking of the Brunelleschi’s dome, they knows it better than me. But rather than going to Florence, they are going to Pristina. To see the new library: which looks like a rum baba. “At least, we can see the models we shouldn’t follow.”

You can guess what my opinion of borders is. I am a migrant myself. And the kind of migrant no one welcomes: I am an economic migrant. But I am not speaking of those who flee. Because our borders are closed not only to those who would like to live in our countries, but to everyone. And yet, allowing non Europeans to come and go, to travel the same way we travel, should be a logical choice especially for those who fear migrants. In Africa, in the Middle East, Europe is often a myth for youngsters, like the United States in Europe: but settling in Europe is not easy, for countless reasons – not only economic reasons, I don’t think only of the engineers who end up working in tomato fields: ask to Western expats in Dubai. They get thousands of dollars, yet they just hope to be back home soon. Usually those who don’t want to move to Europe are exactly those who can travel freely to Europe. Those who are familiar with Europe. Also, we would address this feeling of humiliation that pervades the Middle East, and all the global south, and which plays such a strong role in today’s radicalization. This feeling of belonging to a second class world. Always looked up and down like alleged terrorists or migrants.

And it’s not just a feeling, unfortunately.

Most of all, allowing non Europeans to travel to Europe would allow a cultural exchange. Because in the end, the ongoing war is basically a cultural challenge. As I was told by an Islamist: “You want to liberate us, we want to liberate you.” Travelling would allow those who see only women in the kitchen, in their home country, to see women managing firms, heading governments: see our way of life. And we could perhaps export certain values, certain ideas, with the force of the example, rather than of the guns.

And what if they the end up staying here?, is the typical question. What would happen? It would happen that we would become like New York. Like London. Like Istanbul, where nationals of lots of countries enter with no visa: it’s a stunning city.

We have this presumption that everybody wants to live in Europe, wants to live like us. No. They just want to see Florence, nothing more. Rome. Venice. Because we are not the best in the world. We are not even the best off anymore: the economy of Turkey is much more dynamic than Italy’s. One of the four has been denied a Schengen visa three times. He wished to go to Paris. Honestly, he says, I don’t want to go anymore. “Who cares how beautiful are its streets, its statues? I would feel unwanted. I would feel a nobody. Here everybody is lovely. And in the end, people matter more than statues. I live with the alive, not with the dead. Bar is much more beautiful than Paris.” 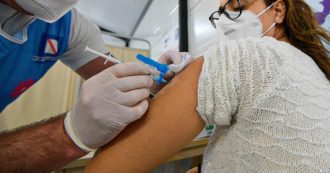