Jesus… I feel like I’ve never been here before.

And yet I’ve lived in Kosovo for months. I’ve even published a book on Kosovo.

Only, I was 24 years old, and I was here for an internship at the Embassy of Italy. And the title of my first book, actually, is: Never open, because that was the advice, or rather the order, that was what I was supposed to learn: stay inside, always, and don’t let the world move you. Literally. The world outside. Because outside there were all these Albanians waiting for a visa, Albanians of all ages, all backgrounds. But the order, peremptorily, was not to issue a visa to anybody, to anybody for any reason: and so, every other day, we worked a day on the ground floor and a day on the upper floor, because to get a visa first you had to get an appointment, and so basically when we were at the ground floor we said to call the number of the upper floor, and when we were at the upper floor, to call the number of the ground floor, and – really, every day, all days. For months. For years. Always entrenched inside. Because when you decide to study human rights, you are not explained that you won’t learn to defend, but to violate them. At that time, Kosovo was under the direct administration of the United Nations. It’s been the largest peacebuilding mission ever. And the most disastrous ever as well: Kosovo has only 2 million people, and yet per capita, it’s been 25 times more expensive than Afghanistan’s, and on the eve of independence, a third of the population was under the breadline. But most of all: we came to protect Albanians from Serbs, and we ended up protecting Serbs from Albanians.

Seventeen years and several billion dollars on, Kosovo is basically a mafia state that makes a living from smuggling and traffics of all sorts. Despite having at their disposal significant NATO forces, the UN never challenged the former fighters of the KLA, the national liberation army: they were never disarmed. The UN never risked a showdown. And not only because of military reasons. The real issue, actually, was to preserve the mainstream rhetoric of the war. Because Kosovo, do you remember?, it’s been the just war: the war with no UN authorization that was just anyway, yet, the war where we bombed the Serbs that oppressed the Albanians, the war in black and white, here are the victims, here are the butchers, here is the wrong here is the right – and so the issue was to preserve our success: the idea that war, sometimes, works. Especially when it’s our war. The war against the Milosevics, against the Saddams, against the Bin Ladens: against the Islamic State – when it is the war of the good against the evil. That’s why the KLA was never disarmed, confrontation carefully avoided: to defend Kosovo not as a country, but as a legal precedent. As a model. And the KLA fighters, step by step, overran all Kosovo. All politics, all economy. And today a quarter of the GDP, in a country that depends on its migrants’ remittances, happens to be spent for something like the highway to Durres, which costed 45 times more than what it would have costed in any other European country. 19 million dollars per mile. A highway which is useless for everybody, except for the US ambassador who insisted so much on its importance: and who was later hired by one of the companies that built it.

In Kosovo the UN opted wittingly for coexisting with strongmen like Ramush Haradinaj, a KLA commander who has been appointed prime minister despite being twice on trial at the Hague for war crimes – acquitted only because witnesses were sistematically intimidated and eliminated. And while the UN were backing Ramush Haradinaj and the like, were backing illegality, violence, corruption, international reports were blaming all failures on Kosovans: unable, no?, to rebuild their country. To govern it. As usual: these natives unfit to democracy.

But because Kosovans, actually, have always been invisible to us, barricaded in our offices. And now, really, I feel like I’ve never been here before. All these cafés, these shops – really: it’s like it’s my first time in Pristina. It looks like all the Balkans, somehow, like the suburbs of the Balkans, it’s a grey city, in the end, with this unassuming atmosphere, the parliament is an ordinary building like countless others. Its best are the remnants of the Soviet-era architecture. And yet you are told this is a lively capital city, with this main street crowded around the clock. But it’s only because Kosovans continue to be invisible to us: the most classy building is a Benetton store, that’s what luxury is, here, a 20-euro shirt, while from a nearby mosque young men leave for Syria. Because nobody, here, has any future.

If cafés are always crowded, it’s only because 70 percent of youth are jobless.

The Embassy of Italy isn’t anymore on the hill, it is downtown now. But it is still behind a massive gate. Still behind a door that never opens. I stop by and watch it, I’d be temtped to knock, for a minute, I’d tempted to see who is there, who is 24 today, or perhaps 36, I’d like to get in, to meet the one I could become, but then I just think: Jesus, I’m safe.

Let’s go away from here, away. Away. 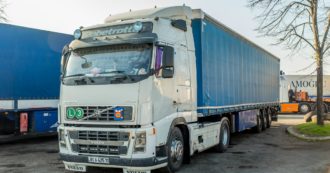