Philippines, migrants leave legally thanks to a visa. And everybody wins

Philippines, migrants leave legally thanks to a visa. And everybody wins

We can be told anything. But migrants don’t land on our coasts because of smuggling networks. Nor because of NGOs, with their rescue ships. They arrive this way because we don’t issue any visa. As we do with Filipinos, instead. They are called overseas here. Workers abroad. And they are 10,2 million, 10% of the population. 20% of the overall workforce. Nearly half of them, 4 million, are in the Us. A million is in Saudi Arabia, another million is in Canada. In the list, Italy ranks 12th, it is the first European country with 113,000 Filipinos. Hired as filipinos, actually, as we say: a word that now stands for waiters, drivers and gardeners. For meticulous workers. Always on time. Obedient. Always head down. Invisible. Here, instead, they are heroes. Because remittances amount to 10% of GDP. And if you include also transfers in cash and kind, figures double: 40 billion dollars every year. More than foreign investments. Or foreign aid. It is as much as the state budget.

And they leave legally. They leave, they return. They leave again. Free. The first law on emigration was passed under Ferdinand Marcos in 1974. During the oil boom, Gulf states were in need of all sorts of workers. The first agreement was signed with Saudi Arabia, indeed, and since then the state has been supervising more than a thousand private recruitment agencies that not only find you a job: they help you prepare both for your new job, and above all for your new country. And strictly speaking, they are actually co-employers, that is, they are jointly responsible for the contract’s fulfillment. A scheme that allows the Philippines to have voice, in the event of violations. To stand by its workers. That’s the main role of agencies, besides handling paperwork: to select, and then monitor, employers. Even though the key strategy has been rather to select workers. To send abroad only the most qualified. Not only to encourage education, but also because the more you are qualified, the more you are protected. Especially in countries like Bahrain, Kuwait. Lebanon. Where no one really relies on courts. The more you matter, the more you are respected.

On the other hand, this means that the best leave, of course. And quite often, for the same pay, or even for a lower pay, even aware that in London their life will be worse than in Manila: but because leaving is not simply an economic choice. You don’t look only for a salary, for a job, but for a country: for a well-governed country. Marcos, instead, institutionalized migration also and foremost to reduce social tension: and pressure for reforms. For change.
Even though overseas, in the end, support just consumption. 20% of families receive money from abroad, and 60% somehow benefits from remittances: but only 9% save something and invest. Invest into a shop, a house. Little things. It’s certainly not enough to develop a country where life is so tough that only 4,3% of population is over 65. And where the main issue is infrastructure. Infrastructure, and corruption. Marcos alone stole 10 billion dollars from state coffers. To tackle poverty, he should have looked in the mirror, rather than to Saudi Arabia.

Weighing up pros and cons of such a system is not easy. In economic terms, but also in political and social terms. And not only for Filipinos, for the countries of origin, but for us as well. Do they take our jobs? Or do they help us keeping our welfare state? Paying pensions? And by the way, they come to do what? To pick tomatoes in slave-like conditions? Are we offering them a new life, or a new kind of misery? There are so many open issues. But that’s why we pass laws, in the end. To regulate. And to weigh up. To try to all get a benefit. And not only smugglers. 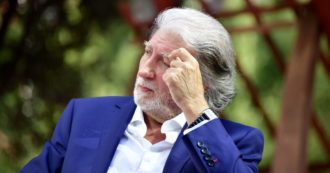