Slowly, Manila crumbles down. Literally. Towards its outskirts, buildings turn more and more shabby, with damp walls. Until bricks and concrete are replaced by iron and asbestos, and then by plywood, and then just by makeshift shelters. And then by Tondo. It is Manila’s largest slum, with a 600,000 population. And with these shacks which are not even the constructions of metal sheets and jute of refugee camps: they are a compound of all sorts of recyclable materials, not a single wall is a single piece. Stacks of fruits boxes, of plastic bottles, street signs, beams and poles and pipes. A swatch of artificial turf. A tank slice. There are no rooms. No regular spaces. You see only dark, filthy holes. Spaces without any apparent order, with two floors, somehow, or at least an upstairs and a downstairs: and it’s all so confused, so mixed up that at the beginning you see just clothes lined up on hangers, and you think you are in a shop, and instead it is laundry drying in the sun, you see tables and plates and people who come and go, and you sit and ask for some rice, too – and yet that’s not a restaurant, it’s a kitchen.

Father Carlo, an Italian missionary, has been living here for more than 30 years. And in his San Pablo Apostol parish, Tondo’s only hangout, he runs countless social activities and events. Because Manila has a mayor, of course. It has an administration. But it has 22,7 million people, 16 districts and 897 neighborhoods, or barangay: and basically, everybody makes do at its best. Every barangay, but also every family. Tondo’s residents are too poor to migrate. Too unskilled. And to work abroad, in the Philippines you need to go through recruitment agencies that select only qualified applicants. You live out of remittances, here. Odd jobs. Or more often, petty crimes. Drug dealing. Or you rummage through rubbish.

As soon as you get in, there is no more tarmac, and kids walk barefoot in the mud. Tondo is also one of the dumps of Manila, the most toxic, the most spectacular one, and of course, the most visited by tourists looking for misery and colour, you live with no water, here, no sewer, nothing, at most with an illegal electricity connection: and this is the Tondo of the rich. The true Tondo starts a few meters below. And indeed, it is basically on the sea level, in precarious pile dwellings. We are in Manila Bay, and there is this sort of narrow, straight alley that cuts through an obscure accumulation of people, objects, animals, with such a thick stench that you throw up. Rain, here, doesn’t flood: submerges. The Philippines produce only 0,3% of CO2 world emissions, the United States 20,9%: but they are one of the countries most affected by climate change. In the next years, 703 cities out of a total 1610 will have to face it.

Already now, in monsoon season here you live in the sea. And it’s a sea that looks like a swamp. A swamp dotted with garbage. With a row of coal depots on the opposite bank. In windy days, Tondo is blanketed by dust. In spite of all our vaccinations, none of us, Europeans, would survive here: our immune system is too weak for such a place. A place where there is still tuberculosis. And yet father Carlo is untroubled. Africa, he says, is much tougher. “In Africa you don’t have all this rubbish. Because you don’t have anything to throw away.”

Living in Tondo is not easy, says father Graziano, who moved here a few months ago. With its vastness, its vastness of space, of population, but also of problems, Tondo makes you feel unfit, he says. Unfit, and at bottom, irrelevant. But perhaps that’s our mistake, he says. To come as aid professionals, somehow: with just a technical approach to poverty. Because if you come here to fight poverty, you end up overwhelmed, he says. But in the end, the worst of poverty is not deprivation, it is marginalisation, invisibility. To be nothing, rather than to have nothing. And so, he says, it’s important to drop a beggar some money, yes, but it’s even more important to stop and talk: and talk on the same footing, as father Tonino Bello said – when he said: It’s not about setting up soup kitchens, but about adding seats at your dinner table. “Including the others in your life. Sharing the most precious thing you have: time. Because only a man you give time to, it’s a man who has value for you”. 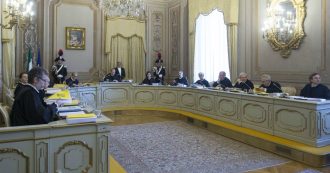