Award winning reporter Eric Dumo explains why the so called Nigerian mafia - now operating in 80 counries of the worlld according to Fbi - is playing an ever-increasing role in national and global crime. Malaysia, South Africa, Italy, Spain, United Kingdom, India and Brazil the main hubs for drug and human beings trafficking and economic frauds

Nigerian Cults are spreading around the world – operating in 80 countries, according to Fbi – playing an ever-increasing role in global crime, particularly in drug and human beings trafficking and economic frauds. In Italy, a former Black Axe member, Austin Johnbull, testified to public prosecutor in Palermo on a mafia war between his Cult and the Eiye rivals to control criminal activities and the local Nigerian immigrants community, as FqMillenniuM monthly magazine reveals in 2018 Novembre issue.  How do the so called “Nigerian mafia” operate in its homeland, and how is it gettng stronger and stronger on a global scale? First of all, they’re traditionally protected by high level government members, says Eric Dumo, award winning reporter at the Nigerian newspaper The Punch, and recruited to manipulate political vote at any level.

Are the so-called Nigerian “Cults” all involved in criminal activities? Can they all be considered “mafia style” gangs?
In recent times, many of these cult gangs have all been involved in criminal activities. For example, politicians have been engaging their services to attack opponents especially during elections into major public offices like the local government chairmanship, federal legislature and governorship of each states. These gangs operate in almost every nook and cranny of major Nigerian cities today, recruiting young boys and girls through intimidation and threat.

Which are the most common criminal activities of the Cults in Nigeria? Drug, prostitution, frauds….
In addition to drug peddling, prostitution and financial fraud of all kinds, many of these cult gangs also go on armed robbery operations to raise enough money to finance their illicit and criminal lifestyles. In recent times, some are involved in land-grabbing and kidnapping to keep their ‘evil’ activities going smoothly.

Is what we call “Nigerian mafia” typical of some specific areas/towns/villages of your country?
In the past, cult gangs used to operate mainly on university campuses but in recent years, they have spilled out onto the streets, polluting towns and communities once serene and known for peace. Nowadays, cult gangs are everywhere in Nigeria even though they have different modes of operation and national spread.

Which are the most important cults/gangs in Nigeria? In Italy we know Black Axe and Eiye, are they among the most powerful?
Apart from the Black Axe and Eiye, there are Bucaneers and Pirates at the national level while there are dozens other local and regional cult gangs all across the country. In the Niger Delta region of the country for example, there are cult groups like Dey Bam, Dey Well, Highlanders and a host of other dangerous and ruthless gangs.

Can you tell us something more about Black Axe and Eiye? Where are they located, in Nigeria and abroad? Is the name of their boss known? Which are the main criminal activities they are involved in?
The Black Axe are notorious for armed robbery activities while the Eiye group mostly involve in extortions and political thuggery. The Black Axe has a more national spread while the Eiye have their stronghold in the South-Western part of Nigeria like Lagos, Ogun, Ondo, Oyo, Ekiti and Osun. In each community, these groups have leaders that as ruthless as their coordinators at the state and national levels. It is difficult to mention specifically the names of their leaders because they change from time to time.

Are the different Nigerian Cults/gangs cooperating or fighting one another, in Nigeria and abroad?
While these groups mostly operate as rivals and kill each other at the slightest provocation, they however, do collaborate on certain occasions to achieve a common goal. For example, during election periods, politicians engage the various cult groups in certain communities to help them rig and win the ballot. They give them huge sums of money and make sure the two groups are comfortable enough at the time to achieve the target. Apart from this and a few rare occasions, the cult groups don’t mostly cooperate with each other.

Fbi describes Nigerian Cults as a global “mafia” operating in 80 world countries. In which foreign countries are they stronger? What are their main criminal activities on a global scale?
I think outside Nigeria, these cult groups have strong presence in places like Malaysia, South Africa, Italy, Spain, United Kingdom, India and Brazil. In all these countries, these gangs engage in drug peddling and human trafficking to keep their criminal activities going. As a matter of fact, they have become so ruthless that even local gangs in their host countries fear these Nigerian groups. They are almost in every part of the world today, instilling fear in innocent citizens especially fellow Nigerians, who refuse to do their bidding.

Can you give us a brief focus on their role in global drug trafficking? Are Nigerian Cults allied with some national or international organised crime groups, or do they have some known rivals?
By and large, I think Nigerian cult gangs now collaborate with other known international criminal organisations to perpetuate their activities. Investigation by InterPol and agencies like the FBI have proved sufficiently that these Nigerian groups don’t act alone – they have more established allies in other parts of the world they collaborate with.

Do you think that the “migration” of Nigerian Cults is related to the establishment of large Nigerian communities (of mostly good people, of course) around the world, as it happened in the past for Italian mafia, eg Cosa nostra in the United States?
Yes, I think the large movement of Nigerians to other parts of the world as a result of underdevelopment at home has contributed significantly to the rise of these cult gangs in most parts of the world today. In a desperate search to escape poverty back in Nigeria and also expand their international reach, members help each other to migrate to countries such as Italy, Spain, Brazil, Malaysia and the rest to begin a new chapter in their criminal journeys. The promise of a better life and instant wealth in Europe and America continue to drive these types of movement thus adding to the problem already on ground.

Are Nigerian cults adequately prosecuted by Nigerian law enforcement agencies? Do they have political and/or institutional support in Nigeria and abroad?
They have top people in government that give them support on regular basis. With this type of support, they are able to escape prosecution and maximum punishment even when they are arrested. They have backers in the Diaspora as well, making it more difficult for law enforcement agencies to really deal with the threat they pose.

As far as you know, are Nigerian cults involved in legal business? What do you know about how do the clean their black money up?
Indeed, a few gang members have found ways of establishing legal businesses and means of livelihood over the years. However, most of the original financial sources of such investments have been from ‘dirty’ money. As a matter of fact, many of these guys merely set up businesses and other legitimate sources of livelihood as a form of disguise because underneath they continue to engage in criminal activities such as kidnapping, drug peddling, advance fee fraud and political thuggery to survive and maintain their lavish lifestyles. 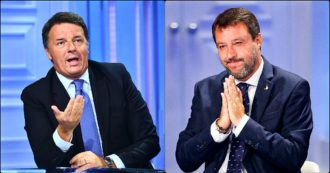