Lying down, in the foreground, in the throng of refugees, there is this Afghan woman, tired out. Unconscious. And her kids, around, struggling to get her up: six, maybe seven years old, alone in the crowd, scared. Desperate. It’s Lesbos. It’s Greece.Because that’s what Europe is, today. Photographer Giulio Piscitelli, 35, has been covering migrants since ever. And now that he has shot hundreds, thousands of pictures, now that they start to be shown in exhibitions all over Europe, all together, like here in Dubrovnik, at War Photo Limited, one of the best galleries of the Balkans, it’s impressive even just the number of countries he has been to.

Because his photos are not the photos of an emergency, the photos of a war, suddenly, a mass arrival, an isolated event, this isn’t the Vlora ferry that docks in Bari, Italy, after the collapse of Albania: these are the photos of a world. Of our world: they are a window and a mirror. And they are merciless. Here you won’t find the self-absolving photos of the hugs of those who have finally made it: you’ll rather find the photo, and it will stick into your mind, of this Syrian family, in Serbia, recovering from the tear gas fired by the border police. With their worn out clothes, their meagre possessions, a backpack and a few else, a crying child, and her mother who hugs her, still shaken, and the father, holding their baby daughter, blonde, beautiful, who looks and doesn’t understand, the father who seems to say: We have survived it. Again. Like a man who knows that it isn’t over. The escape, the fear. The danger.

It isn’t over. Because that’s what Europe is today. It’s the Europe of Kos, of the derelict rooms of the Captain Elias hotel, turned into a makeshift shelter after its bankruptcy, a Europe where men live as back to the stone age, sleeping on the grass, drinking rain water. Getting warm around a camp fire. Or dying like that, dying from cold, from hunger. For a man on the moon, Pierpaolo Pasolini wrote, how many back steps on the hearth: in this Europe of men reduced to beasts, in these pictures where there isn’t an inch of space, an inch of air, only bodies, bodies, bodies, dirty, sweaty, shabby, crammed against one another, with no dignity, with no identity anymore, all the same, bodies, only stacks of bodies, on top of one another, in line for everything, for a stamp, for a fingerprint, for a bit of soup, a blanket, everything, for climbing into a packed train as they try to get in through its windows in Tovarnik, Croatia, or in Patras, Greece, as they try to hide under a truck on a ferry bound to Italy.

Human waste, the Jews of our time while they walk in the fields, totally left to themselves, while in Bogovadja, Serbia, they cook lentils, tomatoes, onions – on the floor, this bowl too small for the too many hands around it. No, these are not the pictures of the rescues, of castaways fed and welcomed, the pictures of children smiling in their new home: because in the end, in 2015, the year of open borders, Europe took in 292,540 refugees, less than the Syrians who resettled in Istanbul: refugees or displaced, today in the world 59,5 million people are on the run, 42,500 every day, a man out of 122 – and so these are the pictures of the rule, not of the exception: these are the photos of the scars of Hassan, in Athens, stabbed by neo Nazis, the photos of the loneliness, the uncertainty of Mansour, who stands at a crossroads in a rainy evening, in Sofia, in his hoodie, with no clue where to go. While the city shines in the background.

The lights and music of our lives. On the first floor, other pictures remind us where these migrants we stop with tear gas come from. They are the pictures of the former Yugoslavia wars, of Bosnia, of Kosovo – pictures that could be of any war, actually: of any country, of any city, because we always think that it couldn’t happen to us, that war in Europe belongs to the past, and yet it happens, it always happens, as in the iconic image of Dubrovnik a minute before the first shelling, its ghost streets: the birds that fly away all together. And after that, a string of photos of soldiers who kick the dead, soldiers who pose elegantly dressed, as in a ceremony, while the city, behind them, burns. Because that’s what a war is. They gun you down, and cheer.
You get stabbed, and the others, in the background, keep on dancing.

Because these are but bodies for us. Like beasts, bodies crammed against one another, reduced to drinking rain water, getting warm around a camp fire. Only blurry bodies, without an inch of air: and in the foreground, a boy who stares at you. Because that’s what Europe is, today. That’s what you are. And some day you will be asked: But where were you, while they were dying at your doorsteps? You will be asked: Did you really keep on dancing? 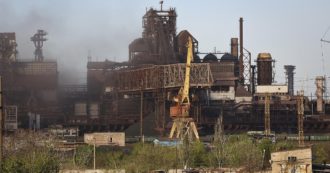