He is going from Basra, in the south, to Dohuk, in the north. On the border with Turkey. From Turkey to Italy, or maybe Greece – it depends. And then, from Greece, he has no clue. You hear all sorts of languages here these days, except for Arabic. Iraqis greet you in German, Swedish. Dutch. They are busy studying maps and routes. And Wikipedia: they study strange religions of strange minorities. The Shabaks. The Mandaeans. The Chaldeans. At some point, the driver gets a phone call from a Pakistani friend. He is in Budapest. He asks whether Yazidis drink wine. Whether they are Arab or Kurdish. And do they pray with their arms folded, like the Sunnis, with their hands open, like the Shia, or perhaps they don’t pray at all, like the Alawites? And most of all: do they use cumin on grilled chicken?

He knows that if you pretend to be Yazidi you are more likely to get asylum.

The issue, here, is not only war. Everybody’s leaving: including those who live far from front lines. And most of all, including those who have a job. A good job. They sell out all their belongings for a few dollars, they fill a duffel bag and they leave. Husam Salim is 28 years old, and he is one of the most renown, and steadfast, Yazidi activists – more exactly, “of Yazidi origin”: his struggles, he points out, are for all Iraqis. “It’s not a matter of violence or poverty,” he says. “Quite the opposite. Those who are leaving in these weeks are not fleeing any war, I mean, any actual fighting. They already fled war. Now they are not leaving Syria, or Iraq, but neighbouring countries. Syrians are leaving Turkey. Afghans are leaving Iran. Because the issue, here, is our society in itself. I mean, should we even get security and development, tomorrow, the truth is that we can’t stand anymore these endless clashes between Sunnis and Shia. Religion is omnipresent. And we are tired. Tired of it. Of traditions. Of these countless intrusions in any slightest aspect of our life. And we don’t care whether intrusions come from the state, or the Imam, or our families: we are simply tired.” Here the truth, he says, is that you are never free. You are never safe. Even when you all belong to the same ethnic or confessional group, perhaps you don’t belong to the same tribe. Or you don’t have the same ideas. “During the day it looks normal. Fancy cars, comfortable homes. Great life. Night time, yet, you never know who’ll come to break down your door.”

Iraqi Kurdistan is the best case in point. It is the safest area of the Middle East. And it isn’t poor. At all. But besides having ISIS on the corner, and Turkish jets over your head, you have these blood feuds between the two clans in power: the Talabanis and the Barzanis. Step by step, they divided up everything. Even mobile phone companies. And it’s a partition, rather than a division. Where Korek works, Asiacell doesn’t.

Unlike what we usually think, youth like Husam are not an exception. They are the rule. “All over the Middle East, civil society is extraordinarily lively. And secular”, says Martina Pignatti Morano, director of the Italian NGO Un Ponte Per. They have been here for 24 years. Longer than anybody else. But they are not gonna tell you that. They underplay. Humbly. Always a step behind Iraqis. Because besides the typical NGO projects, the main focus of Un Ponte Per is the empowerment of local activists. Which means thousands things, for example to pay for a lawyer for those who get jailed, to work together on draft laws: but also, simply, to be here. Not to leave them alone. “Last summer, for weeks, Baghdad had demonstrations every day,” Martina says. “And in the end the parliament passed sweeping reforms to face corruption, and above all, sectarianism – in Iraq the US established a quota system: all government positions depend on ethnicity and religion, rather than skills and popular support. It’s just paper, for now, reforms have yet to be implemented. And maybe they will never be. Sure. But while in Europe we talk only of Sunnis and Shia, refugees and terrorists, Iraqis achieved a new labor code. Trade unions are finally lawful. Iraqis are struggling for water, for freedom of expression, women’s rights… The same way we are struggling in our own countries. But nobody ever talks of that,” she says.

Last summer Beirut, for weeks, had demonstrations every day like Baghdad.

All the work of Un Ponte Per for the empowerment of civil society is supported by private donors. By Swiss and Norwegians. Governments didn’t contribute a single penny. 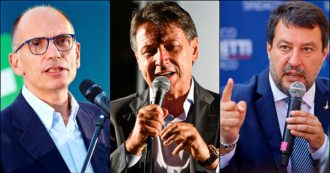