At first, to be honest, I was a bit nervous. You write for the Israelis, right?, I was asked by a young man covered by a keffiyeh, a molotov cocktail in his hand, while soldiers were firing at us ammo of all sorts. No, no, I don’t, I promptly denied. The journalist you want has just left, I said. I write for an Italian newspaper. The guy looked at me with disappointment. An Italian newspaper? But I need to talk with Israelis, he said. Not with Italians.
He said: I must convince them, not you.

I am in Hebron, the only city where Israelis, Israeli settlers, don’t live apart, in gated, Jewish-only areas, but scattered among the Palestinians: and in no city Israelis and Palestinians are as far away as here where they live side by side. These days, it seems to be in a war zone. All families have a walkie talkie that every twenty, thirty minutes crackles news of stabbings, gunfight, clashes, attacks of any kind. Nobody no longer asks who the dead is: everybody asks what the reprisal will be – where the next dead will be. Nearly half of the assailants of this Intifada in the making came from here. And here I am, among the Palestinians, for Yedioth Ahronoth. Israel’s main newspaper.

Because this conflict is probably the most covered conflict ever. No country has more journalists per square metre. Yet, 67 years after the establishment of Israel, still Israelis have but a vague idea of who the Palestinians are. When you say that you have been in the West Bank, and even in Gaza, which to Israelis sounds like having been in Bin Laden’s cave, you are asked strange questions. Whether there are cafés, here, restaurants, whether there are washing machines. Bikes. Whether streets are paved. Seriously. Also well-read Israelis, sometimes, university professors. You are asked if you are required to wear a hijab. They believe this is Iran. You are not asked of politics, of Hamas and Fatah. You are asked of daily life.
Whether there are traffic lights. And do men talk to you? To a woman? Really? You don’t sit on carpets for dinner?

The weirdest, and bitterest, thing, is that this isn’t the effect of war, but of peace. Of Oslo. Because before the Oslo agreements, Israelis and Palestinians were used to each other. Many Palestinians worked in Israel, and many Israelis came here shopping, since it’s cheaper.
Now that there is peace, instead, between Israelis and Palestinians there is a Wall. And so, when I was called by Yedioth Ahronoth, I said Yes.
Because it’s Israel’s most popular newspaper, and it never had its own correspondent among the Palestinians – and sometimes, journalism is more than journalism.

Only, now I get insults all the time. No, not from Israelis and Palestinians – they both keep on calling, whatsapping, sending emails, stopping me for a tea together, lots of them: they all want to be interviewed, they all have a message, a statement, a story I should bring to the other side of the Wall. No. The problem is not with Israelis and Palestinians: it’s with internationals. With activists – and other journalists. You sold your soul, they say. You sold your soul to criminals. They don’t even ask why you decided to accept, what your reasons are, they only ask: How much you get paid? Because while Israelis and Palestinians stab each other, the world, from the stands, cheers up. And those outside, of course, those who have never been here, or at the most, those who have been here for a week, for a month, those who then go back safely home, and don’t live the consequences of what they say, if not in a university debate, a row on Facebook, can say whatever they want. In the end, a few days and they leave. In the end, they don’t have to stay here, scared at every checkpoint. Watching their back at every step.

In any conflict, internationals play a key role. Yet, it’s not to take side. Quite the opposite: it’s to do what the two sides, by definition, are unable to do – to look at themselves from the standpoint of the other side. To be at the right distance. And so to struggle for justice, for freedom, for human rights: but at rock bottom, without forgetting that we are here for wars to end. Not to fuel them.

But it’s a waste of time. You sold your soul, they say. They are butchers. And you are their accomplice. Even though Israelis and Palestinians, actually, don’t talk to me, when they talk to me: they talk to each other. And if it’s fine for them, why it shouldn’t be for all others, too? 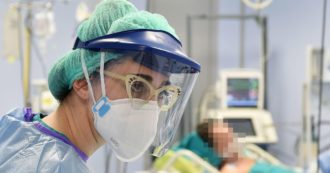