The last one was Dalila, in Kobani. Kurdish. One of those girls dressed like you, same age, same jeans tight on the ankle, a leather jacket, piercings, the North Face backpack exactly like yours, one of those that in the car, all together, it was a Saturday evening, it looked like we were going to dance, and instead we were going to the frontline. But what do you feel, what do you think, I asked her, when you shoot a man? “That I must not move, or else I will miss him”. And she kept spreading Nivea on her hands.

Since that’s how all snipers are. All the same. The one that lost both her children in an airstrike, in Aleppo, literally: reduced to dust by the blast, and as reaction, she had joined the Free Army, and her name wasn’t Maryam anymore, but Guevara – with her perfect make up, veil, and high heels. Or Iyad, in the old city, the one that everyone he knew had died. Father, brother, another brother, everyone, his mother, and to any question, he had the same answer, he showed you a picture: the corpse of his daughter. Or the one that had killed his best friend. In Azaz. The one that didn’t call home for months, and said: “they believe I’m dead, I mean: totally dead”. And about his role he said: “it’s the most looked after role, and the most paid, because it’s the hardest. But not because you need to be accurate. No. Because you see your victim.”

And so, that’s how all the snipers are. Like the Iraqi that had his whole family swept away by an American jet, and he was just 3 months old, and he grew up in the mosque, like a stray cat, he used to say, a bit of rice from someone and then some from someone else, and when he got someone, when you were expecting a reaction from him, he stood still, unmoved – because he was waiting for those who come to the rescue: he hit them, too, a dry shot, then he turned around, he said: Some tea? It’s a bit cold here.
They are teachers, electricians, shop owners, mail employees. They park in front of their spot, in the morning, divided in 6 hours shifts as if they were going to their office.
He feels special, our Chris Kyle, protagonist of the latest Clint Eastwood’s movie. In the final scene, when he gets killed by the war veteran that was trying to help to overcome the trauma of the war, they give him state funerals. But it’s one amongst thousands like him. When in the dust he says to one of his fellow soldiers: There’s evil here, have you seen it? – that’s what everyone tells you, on the frontline.

Because the main feature of snipers, truthfully speaking, is that they are blind. Like all soldiers, and in every war, on every frontline, every side, they are a mix of trauma and remorse and adrenaline and the purpose of mission and divine call to save the world, to remedy to all its sicknesses, but fundamentally, like all the fighters, doesn’t matter how powerful is the scope you provide them with, how advanced their infrared system: they are blind. Look at this Clint Eastwood’s Iraq. Look at how unreal it is, how fake it is, how is it empty of men, women, life, today that 90 percent of victims are civilians: and look at the few Iraqis in the streets, most of all, look how stereotypical they are, the good against the bad, civilization against barbarity, the Arab that invites you for dinner to celebrate the end of Ramadan, and he’s all nice, all generous, and instead he has an arsenal under the carpet, the perfidious Arab, instead is just all a big trap, or the mother that hands a grenade to his son, the degenerate mother that turns a child into a weapon – and because you need centuries of civilization, true, centuries of Shakespeare and Dante and Nobel prizes to murder 500 thousand children without spilling a single drop of blood, like Madeleine Albright, when 500 thousand Iraqi children died of sickness and starvation, effect of the sanctions against Saddam, and she said: It’s a price to pay.

Since in war the ones in uniform, the ones with the helmet, they are the ones most visible. But they aren’t the only ones to fight.

And everyone, of course, are on the frontline to protect you. They all feel like a shepherd dog, to quote the metaphor that opens the movie, the father teaching Chris and his brother that the world is divided into sheep, wolves, and indeed, shepherd dogs, which protect the weak – the paladins of a better world. That’s what they all say, on the frontline. “I’m here for you”.
Because that’s how a survivor would recount the war: He was about to kill me for self-defense, I had to kill him for self-defense.
You believed it was a scope, Chris. It was a mirror.
Francesca Borri’s new book, Syrian Dust, will be released in the US by Seven Stories Press in September 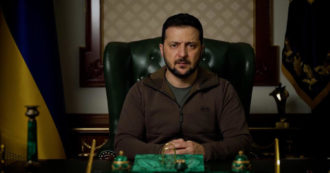