As the Italian state approves a regulation to shut Internet sites, it is easy to see that it is unjust. First, it’s censorship of the Internet.

A few years ago, countries that claimed to be free didn’t dare do this, but Italy already filters access to foreign sites (as thepiratebay.org), and now plans censorship of domestic sites. Even worse, it is censorship without a trial. This sweeps aside a basic principle of justice. That’s why this specific regulation is unjust. But why is the Italian state willing to openly defy basic principles of justice in this particular area? The Obama regime says it favors this regulation. Why would the US be hot for censorship in Italy? Obama has close ties with the record companies and movie companies and advocates Internet censorship in the US. Evidently those companies have influence over the US government, and apparently the Italian government too. This regulation is their doing.

Why do they propose an evidently unjust means? Sharing is good, sharing is useful, and the Internet makes sharing easy; so Internet users will share, and only draconian measures can stop them. These companies can never achieve their aim while respecting the principles of justice. If this attack doesn’t stop sharing, they will try something nastier. They already tried turning your software against you–implementing malicious features to restrict your use of the data in your own computer. (They can impose restrictions through your software if the software is not libero; see gnu.org.).

Then they imposed an EU directive to ban the public from breaking these digital handcuffs. But people do it anyway. The companies dismiss objections by asking, “Piracy is a big problem, and if we don’t stop it this way, how do you suggest we stop it?” The answer is, “Send warships to the Indian Ocean.” To call sharers “pirates” is to claim that helping others is the moral equivalent of attacking ships. Far from it: attacking ships is very bad, but sharing is good.

The real problem for Internet users is these companies, and their incessent attacks on people who share. How do these companies gain the support of our governments for their attacks? With their money, plus an excuse. The money persuades in various ways, but politicians can’t cite that as their reason. They need an excuse. The copyright companies’ excuse is that they support the artists. There’s just enough truth in this that we cannot call it an outright lie.

Money trickles down from the copyright companies to the artists; a few stars derive riches from this, but most popular artists can’t make a living from it. If we are concerned for artists, then rather than propping up the copyright companies’ trickle-down, we should find another way to support artists. I’ve proposed two. One way is to collect a tax on Internet connections, and distribute the tax money directly to artists (not companies) based on their popularity as measured by polling. To use the money efficiently, we should calculate each artist’s share from the cube root of her popularity. Thus, if superstar A is 1000 times as popular as fairly popular artist B, A will get 10 times as much money as B. With the cube root, each star will still get rather more than a non-star, but most of the money will go to support a large number of fairly successful non-stars. This system will support artists much better than the present one, with less money.

The other way is to give each player device a button with a euro-sign. If you push it, it will send one euro anonymously to the artists who made the last work played. If you’re poor, you will never push the button. If you’re not poor, you might push it once a week or once a day. It’s not a lot of money, so why not give? Other methods are possible. What makes the problem appear hard is trying to solve the wrong problem, “How can we maintain the copyright companies’ control?” Once we address the right problem, “How can we support artists while encouraging sharing?”, it is not hard. 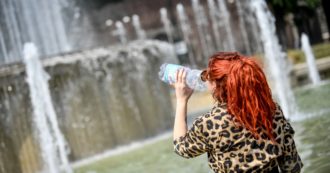