Greece, refugees in limbo: the Isle of Lesbos becomes an open-air prison

Greece, refugees in limbo: the Isle of Lesbos becomes an open-air prison

This reportage was shot in October 2017 in the Isle of Lesbos where there was a humanitarian emergency as the one of 2015. Arrivals in September 2017 has doubled from the same period of 2016. An average of 70 people per day. If in 2015 Greek islands were places of transit on the route to Balkans and Northern Europe, EU-Turkey deal converted them into centres of detention. Here asylum seekers are stuck for months and refugees reception centres are overcrowded. The video shows off appalling living conditions of migrants, the most of them coming from Syria, Iraq and Afghanistan. Through images and interviews you can see how refugees live in the hotspot of Moria, the biggest camp in Lesbos. It is run by Greek government and it should host about 2300 people, but in December 2017 there were over 7000 migrants living here. I got into Moria camp with my camera, although I was forbidden from going into some areas. Here families live in containers or in tents which are easily destroyed by rain and wind. Some people sleep on the ground while children run and paly in garbage. They see the world trough the razor wire that surround the whole camp. People who live here tell they often have no water nor toilets and food is not enough. This situation causes serious psychological consequences, as Msf and Save the children volunteers say 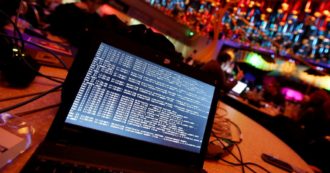