Camped in a railway station, barely climbed out of a train window, stacked one on top of the other in wagons, in boats, crowded behind a razor wire. Desperate, exhausted, scared. Dead. Calais, Lampedusa, Kos, Budapest. I’ve been seeing so many photos.
The kind you think: photos of a moment of history.
Photos for the books that someday will recount these years. The smugglers. The walls.
Europe.

Moving photos: yet no one as moving as this shot by Yuri Kozyrev for Time. These three men who look downward, silently. Troubled. And mortified, too, in their role of fathers, being unable to provide the protection, the answers, that the three little girls, in pink, unaware, an elastic band in their hair, seem to be asking for by surrounding them, stranded in the middle of nowhere, vulnerable, lost, with no certainty – these three men with dull, humble eyes: toneless: the eyes of somebody who have learned that he can’t demand anything to life. It’s been taken here in Hungary on August 29, in Roszke. In the south. On the border with Serbia. And then the eyes of the boy on the left. The boy with the striped T-shirt. The same eyes of the adult who carries him on his shoulders, similarly vulnerable, similarly lost, with no certainty, the same expression: but looking towards a future that he is not allowed to catch. To reach. Towards a life he doesn’t understand why he can’t demand anything to. Three men and five kids: that’s why I’m so moved by this photo. Because Syrians, here, Afghans, Eritreans, Nigerians, are not a throng. And they aren’t desperate, destitute, hungry: invasive. Threatening. They are a lot, true, they fill the whole framing: yet the photo has room, has air. Grass on its background. There are persons, here, there are three men and five kids, there aren’t numbers, one on top of the other, sweaty, dirty, worn out. This isn’t a photo for a book: it’s a photo for a family album. A photo like the one many of us have. Black and white, slightly faded, now, with its silver frame among images from weddings – it’s the photo of the day they arrived in Hungary: like the photo of the day one of our uncles, of our grandparents, arrived in Belgium, in the US. In Argentina.
This is not the photo of a moment of history, but of a moment of life.

And it’s the photo, most of all, of a moment in the making. A moment on hold. Open. They come from Syria, they’ve just been stopped by the police. And perhaps they will end up in a detention centre, and they will be sent back. Or perhaps they won’t. Perhaps they will step over a razor wire and flee. Again – it’s the photo of a moment where anything can still happen. Because in the end I am from Italy, where Africans are exploited like slaves in tomato fields. Where in wiretappings, you hear mafia dons saying that refugees are more lucrative than drug trafficking. But there is also a different Europe. The one that never hits the headlines. The Italy of Gabriele Del Grande, who dressed up migrants as groom and bride to help them cross the border, the Turkey of Fethullah Üzümcüoğlu and Esra Polat, whose wedding banquet was a banquet for 4,000 Syrians. Who we’ll become? The Hungary that places water bottles along the road to Vienna, or the Hungary that builds walls, and spends 3.2 million euro, more than its budget entry for immigration policies, for a survey on foreigners and terrorism? The Greece that gets a tan on the beach next to corpses, or the one that adds an extra chair at the dinner table? Who we’ll choose to be? Those who accept only Christian refugees, only decent, respectable refugees, those fleeing wars, but not all others, those who simply aspire to a better life? Those who ask me, a journalist, to be politically correct, and to distinguish, to write refugees, not migrants, to make clear that they have the right to come, without realizing that I am myself a migrant, a young Italian who left her country looking for a job? Simply, aspiring to a better life? Who we’ll become?
Those who give only what they don’t really need, an outworn shirt, an old coat out of fashion, or those who share – those who get the difference between solidarity and justice? 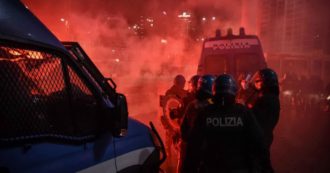