Editors say that these pictures didn’t hit the headlines because they are normal – because in war these things, right?, they happen. And yet, that’s exactly why they should have hit the headlines the world over.

Because these things, here, are normal.

Ali Arkady, 35 years old, is from Khanakin, north east of Iraq, but he’s used to say of himself: I am a Kurdish Iraqi, not an Iraqi Kurd. And so, when the battle for Mosul started, he had no doubts, and embedded with the Emergency response division, special forces made up by Sunnis and Shia together: to prove that Iraq exists. That there is religion here, yes, but also much more than that. In May 2017 his work, initially entitled Liberators, not destroyers, was eventually published by Der Spiegel. In the cover image, a blindfolded man hangs by the wrists from the ceiling of a room of unplastered bricks. Electric wires stick out from under his djellaba. In another room, a gagged man, terrified, stares at a soldier, as another soldier twists his arms, his clavicles dislocated, and other two, in the meantime, on the background, pass by. Without even looking at him. Without even noticing. Another photo is outdoors. In some barren field. A man with a blue T-shirt is on his knees, back turned, his hands tied up. A soldier opens fire.

“They tortured, they abducted, they killed on the slightest suspicion of Isis collusion. Or also on no suspicion at all,” said Ali Arkady. Who could stay around and take pictures with no restriction. On the contrary. Sometimes he was even invited to join the party, and beat a prisoner. “Because it was nothing strange, somehow. They had totally lost the idea of what is right and what is wrong.” Even though the special forces he embedded with not only have been trained by the Americans: they work with the Americans. Who follow their operations with drones.

“Americans were informed. Step by step.”

Iraqi forces have bravely placed civilian protection as top priority throughout #Mosul campaign, at great risk to their own personnel. 1/2

The only reply of the United States has been a tweet of Brett McGurk, Donald Trump’s envoy for the coalition against Isis. Individuals or units that don’t respect human rights, he texted, will be held accountable. And international media apparently agree with his thesis of the rotten apples. Of the exception. These pictures were mixed with all the other pictures coming out of Mosul: a bit of explosions, a bit of rubble, a bit of refugees. A bit of torture. Even if Ali Arkady was the only journalist to cover Mosul by night, and if there is a rule, in war, is that war, by night, changes. War, by night, is real war. And Iraq, as a matter of fact, opened an investigation, yes: but it is an investigation no one seems to be really concerned of. Scared by. “I will become even more famous than what I already am,” was the only comment of captain Omar Nazar, the one who shot at the prisoner on his knees.

Individuals or units failing to uphold that standard do a disservice to their sacrifice and must be investigated & held accountable. 2/2

That picture turned him not into a criminal, but into a star.

Because it’s normal, I was told laconically by a veteran war reporter. You always have that kind of pictures, he said. And actually, it’s true, we have already seen these photos. These prisoners look like the prisoners of Abu Ghraib. Like the prisoners of Isis. Of Shia militias.

And what is victory about, if fighters are all the same, on both sides of the frontline?

Iraq, here in Dohuk where war is a job. And you can choose the one you prefer 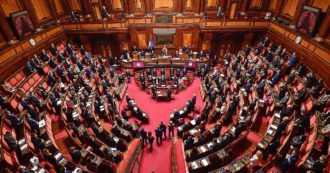