I feel always ashamed when I return to Ukraine. One of the most badly covered conflicts I have ever seen. I feel ashamed because I came here for the first time about a year ago, in May 2014. I mean, after Maidan. And after Crimea. Fighting was starting, and many journalists said: It’s a new Bosnia. East against West, the Catholic and the Orthodox church. You’ll see, they said: It will turn out as in the Balkans. Yet the truth, honestly, was that there was no other accessible war around: Syria was off-limits because of kidnappings, and so was Libya, with its countless militias, the Islamic State had yet to establish its caliphate, there wasn’t Iraq, there wasn’t Yemen, and Africa, as usual, was too expensive. And Ukraine, moreover, Europeans don’t need any visa, it’s cheap, beautiful women, great vodka: and it’s also so telegenic, so charming, for a media industry based on images – do you remember? Maidan, those makeshift barricades between fire and snow. The fog, that iron sky. Those perfect colours. When that’s what journalism is, when there is only the Guardian left, only Le Monde and Spiegel and a few others, the New York Times, and most newspapers which simply buy what they happen to buy from freelancers who stay where they happen to stay, that’s the outcome: you don’t cover anymore what you should cover, but what you can cover.

And nobody knows anything about the Central African Republic, the Sudan. Because it’s too expensive. Whilst Ukraine becomes the new Bosnia. Because it’s easy. Because we are a lot. Hundreds reporters. And we must write an article every day. Ukraine, yet, is telegenic and invisible at the same time. Because it is a quagmire of power and business. With this clique of oligarchs, no more than twenty billionaires: but they are behind everything. The first history of Ukraine I read, it looked like a spy movie: poisoned people, rigged elections, rammed cars. Presidents with gold bars in their bedrooms. Ukraine is a complex war, where the soldier you meet, the soldier you speak with, is just the last pawn of a game with thousands pawns – it is such a complex war, that we didn’t even realize that it wasn’t a war, actually, but a false flag operation masterminded by Putin. But we were a lot, a year ago, hundreds reporters, and we had such a poor knowledge of this Ukraine we had to rush to that some of us booked the wrong flight, the wrong airport, and ended up in Moldova: that’s how a false flag operation to destabilise a country became a civil war. A new Bosnia.

Also because Crimea’s Tatars, no?, they are Muslims. You’ll see: It will be a genocide. A year ago, the hotspot was Slavyansk, and we were all based in Donetsk. Now the hotspot is Donetsk, and we are all based in Slavyansk. It’s the only thing that changed. Slavyansk, today, is exactly as it was before. vThere’s no trace of the war. Nothing: as if it never happened.

I have never seen such a useless war. And so it’s perhaps not by chance that in the end, among hundreds of us, Ukraine has been the war of Magnum photographer Jérôme Sessini, renowned especially for his work on the Mexican border, So far from God, too close to America – and for his character. French, 47, Jérôme is rough, tough. Introvert. Fiercely sincere. That’s actually why I find him fascinating: because he is terribly demanding. He talks with you only if he has really something to say and to listen to: else, he will rather stay alone. He chooses you. And so his photos. Not because, that’s obvious, every photo is the choice of a framing, every photo shows and hides at the same time, no: Jérôme doesn’t record, doesn’t witness: he recounts. You know the saying, Two thirds of what we see, it’s behind our eyes – Jérôme sees. He never pretends to be neutral. Usually you recognize photographers by their style: only with a few of them, yet, only with those like Jérôme, you recognize their shots by their view. Because whatever the war is, whatever the country is, Jérôme is actually always in the same place: among the losers, among those who never got anything from war, only a bullet in their heads – with these portraits of elderly sitting alone on ruins, a woman who walks fast with her shopping bag, with her life amidst snipers and shelling, the passengers of the MH17 flight lying in the grass, still fastened to their seats. Because war is often not where fighting is. It is rather among the countless who notice you, a journalist, and stop you, and you are supposed to be the one who asks, they are supposed to be the ones who answer, but it’s often the other way round: you are the one who explains: because they don’t understand what’s happening. These Sunnis, these Shia, these Serbs and Croats: they don’t understand what they want.

Sometimes they don’t even understand who they are. Whatever the war is, Jérôme is always there: among the many men and women whose only fault is being in the wrong place. Like Natalia Vynokurova, with this floral shirt, and the earrings, the wall paper. The thin fingers. This life like ours. And yet now she doesn’t teach piano anymore. She cooks, and sells food around.

Now Putin has decided to step into Syria. And in Ukraine, suddenly, there is no shooting anymore. Because in the end, Putin achieved his ultimate goal, some analysts say. He prevented the Maidan movement, with its quest for reforms, for democracy, from spilling over and reaching Moscow, he forced Ukraine into confronting separatists, into throwing 5 million dollars per day in war, instead of focusing on its path towards the European Union. No, Putin hasn’t achieved anything, other analysts say. Quite the opposite: Ukraine, as a reaction, developed a stronger national identity. Reforms will proceed smoothly, they say.

For sure the war, here, suddenly stopped. The war doomed to be the new Bosnia. The East, the West. The ancestral hatred. And instead it was only Ukraine.

So far from God, too close to Russia. 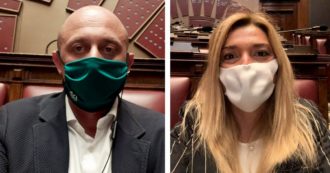