If you are in your thirties, here, war is all what you have experience of. And the outside world, to you, everything, seems to be shining of unbounded beauty. Last October Ali Saheb went to Rome for a conference. What did you see?, I asked him. What did you like the most? Between the Colosseum and the Vatican, he says: “The subway”.

After two wars, more than a million dead, and billion dollars spent in the name of freedom and democracy, Baghdad is such a dangerous city that Westerners are forbidden to walk alone. Iraqis pay visit to you in your hotel. And when you show up ready to go, dressed to the nines, at first they don’t understand. Really?, they look at you in surprise: Are you really willing to go out? The few Westerners who dare to come, stay locked in their rooms. And carefully away from the window: should the glass blow up at the next car bomb nearby.

Foreigners, actually, shouldn’t even stay in the city, but inside the Green Zone. That is, inside the ten square mile compound along the Tigris river, downtown Baghdad, where Saddam Hussein was once living with the high-ranking members of the Ba’ath party – and with the lions of his son Uday, which used to have for dinner regime’s enemies, rather than dry food. Today the Green Zone hosts diplomats, consultants. Journalists. It hosts all the foreigners: it’s a grey, featureless place: a bit like a medieval fortress a bit like a barrack, a bit like a mall, a bit like a Club Med with its cafés, its swimming pools, its buff guys with flip-flops: a bit like a middle class suburb, with its brick houses, its walkways, its street lamps: it’s a place that looks a bit like everything, except for Iraq – a place of grass lawn, which is like growing banana trees in Sweden.

And it tells it all about our understanding of the Middle East.

Outside the Green Zone, you move around on armour jeeps. The two security officers I am with have been here for six years total, veterans of the second Gulf war and a handful of others. “In this square there was the statue of Saddam that we pulled down,” they point from behind the window. “This was the most targeted hotel”. “Here I found a hand. On the ground, just like that.” “Here we engaged in our hardest battle ever,” they tell. “Here I was on patrol when the four Halliburton’s guys were hanged in Fallujah.” “On your right, do you see the row of palm trees?, that’s where these bastards where shooting at us from,” “Here we died on IEDs in the dozens,” “Here one of my best friends was killed. Torn apart,” “Here, shit, I barely dodged an RPG,” “But in these streets we broke their bones one by one” – they tell: in this way, the way soldiers tell, with that adrenaline that never fades away: as if this war, in the end, were the best adventure of their life. And the best opportunity for making money, too. Along the road connecting the Green Zone to the airport, they point at the shrubs and bushes in between the lanes. “This is the only road that we really restored. Because it’s the only road foreigners use, it’s the only Iraq they see. Behind that wall, it’s like being in Africa,” they say. “The wall shields not from bombs, but from reality. It hides the failure. Everybody got rich in Iraq, except for Iraqis,” they say. And they laugh: while the driver, who is from Baghdad, drives. Silently. And he, too, looks in his thirties, he, too, probably, has experienced nothing but war, in his life – and who knows what he remembers of the war, instead, what he remembers of these same places, of these same battles, who knows what he’s thinking, of this same poverty, while we go through one checkpoint after the other, one search after the other, surrounded by these bomb-sniffing dogs: the same dogs of Abu Ghraib.

But he keeps focused on the road, and says nothing. While we discuss about Iraq, about Syria. About Sunnis and Shia. While we decide about these countries. While we grow grass lawn. Iraqis stay there, in a corner. They are our drivers, our translators and waiters and servants.

They listen, silently. They wait.

Restrictions of movement, security arrangements are strict. Most of us never venture outside the Green Zone. And anyway, even if you try, even if you go around, our Iraq is just glimpses of landscape peeked from behind a bulletproof window, slivers of talks heard randomly from those few Iraqis who speak fluent English.

And this is the image of Iraq we build our foreign policy on.

This abstract, intangible Iraq, this Iraq made of maps, rather than places. Where are you?, I am asked in the evening. “I am 30 degrees West, I can pick you up.” Francesca’s new book, Syrian Dust, will be released in the US in September by Seven Stories Press 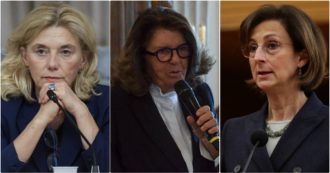