Usa 2020, how the American democracy defeated its president

There are of course still ballots to count, but the 2020 presidential election seem to stand out in the number of states in which there were close races. At the time of writing, Wisconsin sits at a margin of 0.6 percentage points, Georgia at a razor-tight 0.1, Pennsylvania at 0.6 and Arizona at 0.4. 2016 was similarly tight. As Dan Hopkins, a US political analyst, put it: “In a country with more than 150 million people voting, both elections seem to have come down to tens of thousands of votes across a few key states.”

Both elections also went very differently from what pollsters expected. But according to Charles Franklin, who directs the Marquette Law School Poll, the error this year seemed to be more broad. “Rather than having that error focused in just a handful of states, this year really it looks like it was quite widespread,” he said. “I can’t find any state where the polling error was in Trump’s favor.”

While it’s too early to fully assess what went wrong with the polls this year, especially with many votes still outstanding, one possible, stunning conclusion is that pollsters’ polling error, correlated from state to state, may have determined the fate of the Presidential election itself, albeit in a rather unpredictable way.

Early voting (especially voting by mail) has been shown to have a non trivial, positive impact on turnout (for example: Kaplan 2020; Kaplan & Yuan, 2020; Projectvote 2015). President Trump, by discouraging his supporters from voting early, may have lowered their own turnout. Why did Trump use such a self defeating strategy? It seems that, hearing all the negative polls, he lost faith in his reelection prospects. So he decided to try and steal the election. He then concentrated “his” votes on the election day. And he is now attempting to suppress the early votes (largely in Biden’s favour) through legal maneuvering. But this is a truly desperate attempt, and is bound to fail.

Had Mr. Trump remained loyal to the American democracy, notwithstanding the pessimism that surrounded him before the election, he might have won his second mandate. Instead, democracy – under attack – reasserted itself with a vengeance. 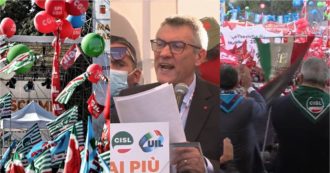