You walk on the beach, in Zarzis, along the sea, and you see shoes.
Shoes, and shipwrecks.
Mohse Lihidheb, the postman, has been going back and forth by bike along this shore for two decades. To Djerba and back, every day. Ninety miles. Now his house’s inner garden is the Museum of the Memory of the Sea. Shelves of hairbrushes, of lighters, photos, ID cards. University degrees. A box with bottles, bottles with a message inside, flashlights, flares, packagings of chocolate, of snacks, of medicines, banknotes, banknotes from Libya, from Senegal, from Mali, in a corner, fading away, a stack of life jackets. And then shoes. Shoes, dozens and dozens of shoes, with these thin, worn out soles, patched up with twine.
Teddy bears dried up by sea salt.
There isn’t a single label, a date, a caption, nothing – and on the other hand, what you could ever write? Nothing has left of these lives, not even a number.
Mohsen says only: I’ve buried the bones.

Zarzis is not among the names that are hitting the headlines. Lesbos, Calais, Idoumeni. Keleti. Landing places change week by week, depending on routes, and so on seasons, on wars, on smugglers. On the guard ships on patrol and the barriers of barbed wire. We have been reading all sorts of stories, in these months, countless stories, in Europe we have given the best and the worst of ourselves: the Danes who seize jewellery and cash from refugees to pay for their stay and the Austrians who went to Budapest to pick them up by car, the sexual assaults of New Year’s Eve, in Cologne, immediately blamed on Arabs and the Greeks who in the soup kitchens of Athens share with the newcomers the little food they get. And also within the same country: we have seen the Norwegians leaving Syrians in the snow, on the border with Russia, while at the same time spending for them more than anybody else in the world, we have seen the Italy of city council member Pierfrancesco Majorino, the Milan that hosted everybody like a family, and the Italy of mafia’s wiretaps, the Rome where refugees were rated as more lucrative than drug trade. The France that sets tents up in Calais, the France that sets tents on fire in Calais. And we have seen astonishing photos, every time. Powerful. Breathtaking, the kind of photos that make you feel like being there. That keep you sleepless.

Hundreds and hundreds of photos: and among them, those of Francesco Zizola, that won a World Press Photo a few days ago – the photos taken on the MSF rescue boat, the photos I have been most impressed by: because refugees, on board, are all black.
They are not Syrians. They are not Iraqis.
They are black.
And they remind you that this isn’t an emergency.
Something transient.
Beyond the emotion of the day: they remind you what you are really looking at.
What is really happening.

In Zarzis you are always said: You are Italian? Like Gabriele Del Grande? Because Gabriele Del Grande, here, spent years: since more than a decade ago, totally alone, and totally unheard, he started traveling all around the Mediterranean sea to report about these hundreds, thousands of young men who sailed off toward the island of Lampedusa. Toward Europe. And died. Without a name, without a number. Today we all look at little Alan Kurdi run aground on a beach of Turkey and we think of Syria. We think that in the end, it’s a matter of stopping the war in Syria. But I come from southern Italy: and I remember corpses on the beach since ever. We use to say: they flee war, they flee poverty. Mathilde Auvillain and Stefano Liberti told the story of illegal migrants exploited in slave-like conditions in the tomato fields near Naples. Migrants from Ghana: a country whose economy, based on agriculture, and especially on the tomato production, is collapsing – it’s collapsing because of the Italian tomato, which is cheaper than the local one thanks to the European Union subsidies. In Ghana they come to us to flee us.

We focus on Syrians, on Iraqis, on Afghans, at best, and we send back all the others. The Kosovans. The Eritreans. The Tunisians. Yet those who flee war, literally, those who flee airstrikes and snipers take shelter just across the border, in neighbouring countries – or sometimes, as in Yemen, in Gaza, they don’t flee at all, because the border is sealed off. Most of the refugees don’t flee the war, but everything else, exactly because this is not an emergency, at all: this is a structural exodus, sparked off by the evolution of capitalism. Which isn’t anymore, as in the era of Keynes, an inclusive system, based on production, on consumption, and so on the middle class’ demand: now the dominant role is for finance, rather than economy, not for production but for speculation. And there isn’t room for all of us. The growth is not a growth of wealth anymore, but of inequality. Between 2000 and 2007, before the crisis outset, Saskia Sassen writes, in the US the average income increased of 1,460 dollars: but they all went to the richest 10 percent of the population. For the remaining 90 percent, the average income actually decreased.

But in Zarzis journalists come and leave, Mohsen says. The news, now, are elsewhere. Lesbos, Calais. Idoumeni. They promise they will write, they will do, they will draw attention: but then they disappear, he says.

In Zarzis only the shoes come back. 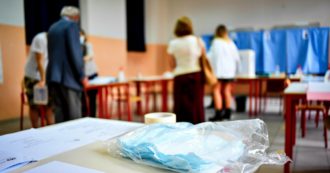