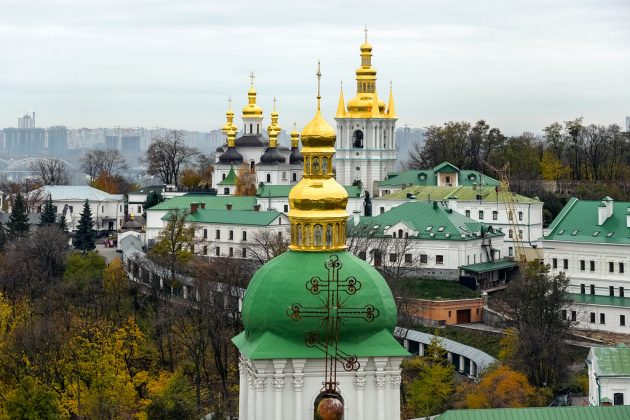 She’s leaving for Ukraine, for the front line, the barman said to the other barman in my favourite Oslo café. You risk your life to explain to us the world, he said. Thank you.

He said: You are really heroes.

And instead we are such a failure that nobody knows that the war, in Ukraine, is over.

After more than one year, the 11th of September has been the first night with no mortar fire. And since then the Minsk truce, mediated in February by France and Germany, has been holding. The agreement calls for a halt to fighting in exchange for extensive constitutional reforms, that is, for decentralisation and greater local autonomy. And it’s passed the hardest test, the province-level elections of October: separatists organized their own elections, but in the end they changed their mind and postponed the vote. In Donetsk and Luhansk there were simply no polling stations. Of course, there are still random attacks, and most of all, 1.4 million displaced. The economy of Donbass, Ukraine’s industrial heartland, stopped. But the truce holds.

Because Putin, now, is focused on Syria.

Last September, in his half-hour speech to the UN General Assembly, he spoke of Ukraine for one minute only. A war he had said he was ready to use nuclear weapons for.

Eight thousands dead for nothing.

According to some analysts, actually, the war is over because Putin in the end achieved his goal: Ukraine’s destabilisation. He didn’t halt fighting, he won. And admittedly, with all these militants still around, all these guns, it’s a fragile status quo. Violence might start again at any time: Russia has a forceful leverage over Kyiv. It can blackmail it. And yet, on second thought, it’s also true that given the imbalance of power, with Russia on one side, on the other side Ukraine, on the other side such a broken-down army that it paid the fuel through crowdfunding, at the beginning, that being the case this status quo, however fragile it is, is a success for Ukraine: a country which seemed to be doomed to collapse, and instead is still here. Still in one piece.

It wasn’t taken for granted.

A country still in one piece and on reform path. Slowly, sure, and basically to tackle corruption, because Ukraine is a country of oligarchs and from this point of view nothing changed, quite the opposite: oligarchs got strengthened by the war, because in the East, in the heat of the crisis, they somehow replaced the state. Igor Kolomoisky, the don of Dnipropetrovsk, helped contain the pro-Russians’ westward advance by setting up a private army and offering a bounty for the capture of separatists. And today the foundation started by Rinat Akhmetov, Ukraine’s richest man, runs aid programs larger than UN programs. They are gangsters: but in the Est, of course, they are revered as saints. Facing them isn’t easy, especially because Petro Poroshenko, the president, is an oligarch himself. In Ukraine all political parties are still related to an oligarch – they are just instruments. Instruments for business. And it’s a fragile status quo, no doubt. The premier is harshly criticized, in particular by the major of Odessa, the champion of the struggle against corruption. Battles for power, in parliament, are often actual battles: with glass throwing.

Yet what hit the headlines, in Odessa, what we have read about, is not its major who’s fighting corruption, his ideas, his proposals for Ukraine, it’s been another wannabe: a dude who walked around dressed up like Darth Vader of Star Wars.

Nobody cares: and yet the Maidan youth are still here. And it wasn’t taken for granted. At all. Spending time with them is a shot of energy. Nataliya Gumenyuk, Olga Tokariuk, Oliver Carroll, and all the young reporters who are changing Ukraine’s media landscape, freshening it up, article by article, investigative report by investigative report, a key struggle within the larger struggle for turning this oligarchy into a democracy: they are amazing. They are talented, talented and brave. Ready to work together. And well-traveled, connected to journalists and activists from all over the world. And with them Kyiv, in this winter evening, looks beautiful, with its wide boulevards crowded with people, with lights, ideas: and you wish you were Ukrainian, too – whilst you are just Italian, and you belong to the same generation, left out of everything: but in Italy we never had any courage. We never raised our head. And instead in Kyiv they are aware of the challenges, of the risks, aware that the status quo, here, is fragile: but nobody is disheartened. Just careful to wait for the right moment. But nobody’s given up, it’s clear. You feel it, as you feel it in Istanbul, in Cairo: this is a generation too much smarter than the generation in power: some day, simply, they’ll get back to the street. They’ll get back their life.

And yet none of us is here to write about them. To strengthen them, giving voice to this Ukraine that’s trying to improve itself step by step, without smashing everything. With determination and wisdom. We will all show up again in Kyiv at the next crisis. The next blood. To tell you about the East against the West, the ancestral hatred. The Sunnis and the Shia. 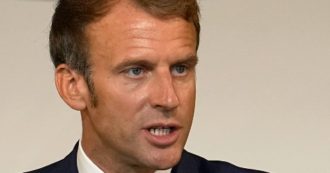