Today it’s the day of clothes distribution, but for everybody the golden dream, here, is a different one. As soon as the volunteers turn their head to take some socks, a T-shirt, leaving unattended their tea cups, Syrians quickly wolf down a sugar cube. Refugee camps look all the same. And this camp in Suruc, a small town within a stone’s throw from Kobani, on the border between Turkey and Syria, is no exception. Children with slippers, shorts and a few more, dirty, numb, their hair like stubble, the mud, the cold, and the sun that sets at 4pm, now, the light that fades, and everybody that go to ground amid the stale stench of tents which for the most aren’t but plastic sheets stitched with string. Plus the hunger, of course. At noon, refugees crowd in the dozens around a pick-up truck to beg a rice bowl, soup, some apples, everybody with his can; a man from the security keep them at bay with a baton, as he would do with a troubled flock. Only at night, yet, you realize how deep desperation is; when the last box of clothes is empty, and volunteers get ready to return home. That’s when Syrians rush into the cartons, the shrunken bags – they fight over every piece of paper, every tag, every fragment of flammable stuff: there is nothing else, here, to warm yourself up. Only the garbage.

In winter, you recognize a refugee camp from the air. It’s thick of dioxin.

There are 5,000 people here. Suruc has a population of 6,000, and other five camps like this one. And yet, twice a day you get some food. At the entrance, there is a sort of health care facility with basic drugs, and fountains with running water. A truck is spilling white pebbles on the ground to dam the mud, while wooden platforms, inside the tents, shield blankets and mattresses from humidity. Now and then, children receive toys – today they are all happy, with their new cylinders for soap bubbles: they fill them from the puddles. Three technicians, in the meantime, work on a trellis. The municipality of Suruc is connecting the camp to the local power grid, so that Syrians can have not only lamps, but heaters. Even tough now it’s the entire town of Suruc to suffer from lack of water and electricity.

Turkey, Lebanon, Jordan, Irak and Egypt house 97 percent of Syrian refugees. Turkey, in particular, hosts a third of them, about one million refugees, plus hundreds of thousands of Syrians who are staying in the country on their own. During September 2014 only, Turkey accepted 130,000 refugees, more than the entire European Union since the outset of the war.

The UN are running out of money, and will probably cut food aid. To keep on their programs until the end of the year, they would need $352 million. The new F22 jets used by the United States against Islamic State targets cost $350 million each, plus $68,000 per flight hour. 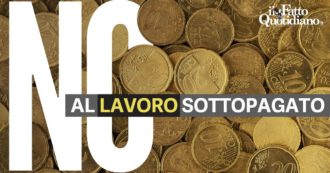