Wikileaks’ editor: “Julian Assange’s extradition will take us back into darkness”

Wikileaks’ editor: “Julian Assange’s extradition will take us back into darkness”

Tomorrow, a British judge will rule on the extradition of Assange. The current editor of WikiLeaks, Kristinn Hrafnsson, has worked with him from the very beginning. Has Assange ever considered giving up because the risk was too high? Can he be saved? What’s at stake with this case? Il Fatto Quotidiano sat down for an in-depth interview with Hrafnsson

It is a case which will decide the future of journalism. Tomorrow, a British judge will rule if the founder of WikiLeaks should be extradited to the United States, where he risks a 175-year sentence in a supermax prison. Il Fatto Quotidiano asked the editor of WikiLeaks, Icelandic investigative journalist Kristinn Hrafnsson, for an analysis. 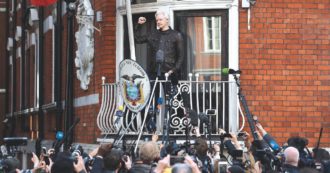 You have worked for WikiLeaks since 2010, you were the journalist who went to Baghdad to look for the two Iraqi children seriously injured by the US Apache helicopter, as shown by the famous video ‘Collateral Murder’. It is precisely for revealing these kinds of document about the US wars in Iraq, in Afghanistan, the US diplomacy cables and the Guantanamo files that Julian Assange risks spending 175 years in prison. Did he ever tell you: ‘I want to give up, because the risk is too high for me and for all of us’?

“No, there was never any discussion about giving up. I would have understood if he had considered it at some point, especially after years and years of confinement in the embassy in London, but even though sometimes his mood was dark, he never told me anything of that sort. It was a fight that was too important to him”.

Documents like the Iraq War Logs allowed revealing, among other things, 15,000 civilian deaths previously unaccounted for, while the US diplomacy cables allowed innocent people like Khaled el-Masri – who was kidnapped by the CIA in an extraordinary rendition, tortured and raped due to mistaken identity – to appeal to the European Court of Human Rights. However, after publishing these documents ten years ago, Julian Assange has never known freedom again. Is it acceptable for a journalist to pay such a price in our democracies?

“It is an outrage. There are certain circles that have spoken out, and have always been firm in their opposition, but even in the mainstream media there has been a lack of willingness to understand the seriousness of this issue, partly of course because of the massive smear campaign against Julian’s name and persona that has been going on for ten years, which is absolutely astonishing in scope and nature. Fortunately, I see there is an awakening, and the awakening started last year with the shameful arrest of Julian Assange and the indictment. The change is of course based on self-interest, not on principles, and the self-interest is: it is so obvious that if Julian is extradited and sentenced on the basis of the indictment of the United States, it is the end of the national security reporting. It has such chilling effects that it means no journalist is safe to carry it out anywhere in the world”.

You have seen how Julian Assange’s health has collapsed in the last 10 years of arbitrary detention. The UN Special Rapporteur on Torture, Nils Melzer, stated that Julian Assange has been ‘intentionally psychologically tortured by Sweden, Britain, Ecuador and the U.S.’. How did you find him when you visited him in prison last time?

“It has been a while. I managed to see him a few times after he was incarcerated, and then with Covid all visits have been banned. This is having a psychological effect on him, it would be inhuman if it did not have an effect. We are talking about such a long period of deprived freedom, and then followed now by a year and a half in a maximum security prison in the middle of a pandemic. It is putting a very hard strain on him. His health has deteriorated. I am shocked to see how much weight he has lost, how low his spirits are sometimes, and he has aged a lot more in the last ten years. When we met he was 10 years my junior, in my perception a young and youthful man, now ten years later he has lost many more than ten years health-wise and in all other respects. Of course Nils Melzer is right: systematic torture, lawfare and intimidation. It’s a shameful testimony to our time, but the thing that keeps him alive – and I think it is very important to keep this in mind – is the knowledge and the determination in his mind that he did the right thing and he did it for the interest of the entire world. He is a very resilient individual. If this ends soon, he will be able to recover and take his rightful place in society socially with his fiancé and his children, and as an individual who has a lot to contribute to our discourse and the way we want to see our future. That is something that we have been deprived of as well”.

In this decade his partner and children have been unable to meet with him as a free man, whereas the CIA torturers have never spent a single day in prison….

“The injustice is so brutal that it is shocking that people aren’t more outraged about it. All the crimes that Julian Assange and WikiLeaks have exposed have gone with impunity, for the very serious abuses and war crimes there has never been justice for the victims. The individual that has exposed the entire thing is the only one who has to pay a price, which is absurd and fundamentally wrong”.

None of the dozens of journalists who have published the very same revelations, including this interviewer, have been put in prison, isn’t it appalling that Julian Assange is the only one prosecuted?

“It is appalling that he has been singled out as a scapegoat, and the obvious conclusion we can come to is this: by taking down Julian Assange, there is an obvious attempt to set an example, to send a signal to other journalists that they will be next. I believe this signal has already had a chilling effect, as we saw with the awful silence of the people who were media partners and committed the same act that is now called a crime, and who are only now starting to speak out and having the courage to defend him”.

If he gets extradited and put in prison for life, it will be the first time in US history that a journalist has ended up in prison for publishing truthful information in the public interest. Isn’t this the end of press freedom in our Western democracies?

“It will be the biggest blow to press freedom in our times, a sort of wound which will take us back into darkness because we will have no assurance that we can operate under our noble press values and carry out our work after that, and no journalist will be able to do so. It will be a devastating blow”. 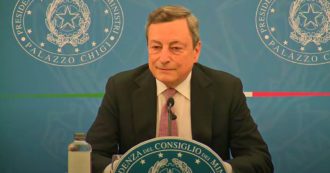