Because for M. it’s neither a revolution in Syria nor a war anymore. And anywhere else, he would up in jail in a heartbeat. He’d be in Guantanamo. Because in his view, it’s now jihad.

And so I should tell you just one thing, I know. What the hell did he say, will they blow themselves up at our doorstep or not?

Only, suddenly, while we were talking, he teared up.

While he was speaking about his mother.

And there I was, with my notes, my pen, feeling uneasy. I didn’t know what to say – and if he ever comes across these words, he will excuse me for having been speechless. For having looked away. But I was feeling uneasy for myself, not for his glistening eyes. I was feeling uneasy because when we build a story, a report, every Syrian, every “native”, as we journalists offhandedly, cumulatively call them among ourselves, fulfills his function. Plays his role. The refugee, the fundamentalist. The activist. The woman, the elderly and the child. And now, instead – suddenly: the characters were turning back into people.

Syrians were turning back into human beings, rather than secularists and Islamists, Sunnis and Shia. Rebels or loyalists. Carrying around their mothers’ worries. Their kids at school, with their final exams, their teenage years, everything else – carrying around their own lives. Human beings whose choices, right or wrong, no longer matter: people like us. Wavering, vulnerable. Inconsistent. And most of all, exhausted. People emerging from five years of crushing violence, people with upside-down lives of blood and dust, maimed children, pictures of dead brothers, in their pockets, dead fathers: and people who in the middle of all this, the airstrikes, the hunger, these nights worn out by memory and nightmares, face complex choices, choices they never imagined they would someday have to take. Rebuilding a country. Running it. Choices they don’t feel ready for. People who are consumed by doubts, and yet, face a new crossroads every hour. Alliances, negotiations, agreements. To react? Not to react? And, either way, how?

But for us, instead, they’re just characters fullfilling a role. Just a function.

The Sunnis and the Shia. The secularists and the Islamists.

He will forgive me, if he ever comes across my words. He will excuse me for having been always speechless. With such a poverty of language in front of the variety of his world.

Because I met M. to try to understand him. To understand them. Instead, he made me understand us. It’s the first time, he said, that somebody’s listening to my story.

The first time that I feel it matters.

M. is forty-two years old, and still looks like the professor he was until yesterday. Always impeccably dressed, shirt and suit always matching perfectly. Fluent English. His father died when he was fourteen days old. “And for my mother, with four kids, the only support was Omar, a cousin. Here it’s not like in Europe, where the state is at your service. Here the state is a president who stays in his lavish palace just minding his own business. When you go through hardships, it’s not the state that helps you: it’s your family. That’s why, in the end, we feel no attachment whatsoever to the model of government and parliament. Because they never mattered. The only thing that the state did for me, was arrest Omar for affiliation with the Muslim Brotherhood, and keep him in jail for eleven years. And then arrest Abd, the teacher who raised me and loved me like a son. And keep him in jail for thirty years. The only thing that the state did for me, was to make me an orphan three times.”

And the word democracy, too, has always been empty of any meaning. “Because it doesn’t stand for freedom and participation, here: it stands for foreign domination. Egypt, the coup that ousted Mohammed Morsi, isn’t but the latest case in point. You don’t govern if you win the election. You govern if you are the friend of those who are really in power”.

That’s why he now asks for sharia law.

His story is not a story of persecution. He’s never been arrested, he’s never been tortured. His story is an ordinary one: a story of ordinary irrelevance, ordinary indifference. “In theory, we were all equal before the law. But in Syria, if you were Muslim and poor – and the two things often overlapped – in the end you were always somehow excluded. I was a brilliant student. I got my BA and was admitted to a graduate program. But I had to buy books I couldn’t afford, and for me it was over. All scholarships were given to the sons of army officers. Of wealthy families close to the regime,” he recalls. “Small things, but you realized that you didn’t matter. You prayed, you knelt down, and everybody sneered. They’d say, ‘Look, Sunnis have their heads where others put their feet.’ Minimal things. But, simply, you weren’t really part of Syria.”

The same way, he says, that today, if you are Muslim, you’re not really part of the world.

At the beginning, he didn’t join the uprising. It’s not that he supported Assad: simply, he found it clear that the rallies were going to turn into clashes, he says. And descend into a war. That Syria would soon be captured by foreign powers, foreign interests. He didn’t want a revolution, he wanted reforms. He just wanted a country where everybody could be a citizen.

Five years on, the only solution, he says, is jihad.

Five years on, he would end up in Guantanamo.

And for us is just: “the Islamist”. He has a name, yet, a background. A mother. He has a country to rebuild, and a thousand options, in front of him, a thousand crossroads. A thousand doubts. He is a man that saw me reading the Qur’an, and said: I hope you’ll read it better than us. 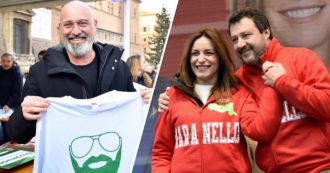