And so, how are you doing?, I ask every time I return to Ramallah to the politicians I befriended. And I have been returning for ten years: but the answer is always the same: You know, it’s been quite tough, they say. But the national unity government is finally ready.

We have finally reached a deal, they say.

And now, of course, they swear: Now we will go to the polls.

Because it is quite overlooked, but Mahmoud Abbas’ presidential term expired in 2009.

And in 2010 the Legislative Council’s term expired as well.

But for many people, here, national unity comes first. More precisely: the unity between Hamas and Fatah. Any time you criticize the Palestinian Authority, your remarks are dismissed as badly timed. The true problem is Israel, you are said.

Everything else comes second.

And that’s what you are said by many international activists, too. Those who expose day by day the occupation, writing about every uprooted olive tree, every spit of settlers – and it’s a crucial work, of course. Just to avoid any misunderstanding: I am calling for more information. Not less. Because in the last days how many of you have read of Abbad Yahya? For sure you have come across the name of Elor Azaria, the soldier who shot a Palestinian who had already been shot, in Hebron, who was already lying wounded in the street, and was sentenced to 18 months in jail – in a country where Palestinian stone- throwers risk up to 20 years in jail. But how many of you have read of this author from Ramallah whose latest book has been banned and confiscated? A crime novel. According to Ahmed Barak, Palestine’s attorney general, it is a book about sex, and even about gays, God forbid: and it is against public morality. It is actually a book against something else: because it isn’t simply a crime novel, it is a political story. It is a metaphor of the crisis of the Palestinian society. And most of all, of its leadership. But Murad Sudani, head of the Palestinian Writers Union, said it bluntly: in a country under occupation, he said, the role of a writer is not to divide, but to fuel hope. To lead the resistance. The freedom of a writer, he said, ends where the freedom of his homeland starts.

And yet how many of you have read of Abbad Yahya?

They have no stake in the end of the occupation. It would be their end as well.

It is probably too much to say that it was all deliberate. All planned. To blame Oslo as a trap. But that’s, for sure, where we are. Because to establish the Palestinian Authority, all the international funds were channeled directly to Arafat’s personal bank accounts, to help him buying loyalty: building patronage networks – so that his men, the Plo men, back home after a long exile, could get rid of the new generation of activists born out of the First Intifada: activists who were sceptical of the Oslo Accords: they feared they were what they actually proved to be: just a way to reframe the occupation. Under Arafat, more than $900 million disappeared. And nothing has changed. Here everything still depends on Hamas and Fatah. A job, a permit. A specialist visit. There are no rights. Only favours.

In the early hours of March 6, after a two-hour exchange of fire that woke up all Ramallah, the Israeli army killed Basil al-Araj, with the kind of raid which is usually the exclusive of Hamas commanders. Of high profile enemies. He was quite a renowned activist: a fierce opponent of the Palestinian Authority.

What is defended is not national unity, but national collusion.

We get updates on any new demolished home. On any new settlement law. And that’s essential. But how many of you, in these years, have read that Arab Israelis, despite all the discriminations they are subject to, prefer more and more to live under Israel, rather than Hamas and Fatah? Who is hurting Palestinians the most: those who dare to say what Palestinians think, or those who make Palestinians thinking it? 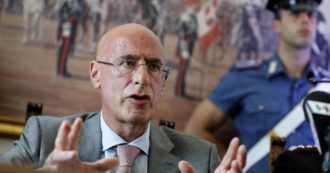