I thought for a while about writing something for the International Women’s Day. I thought about it but my main concern was: would I end up falling into dry rhetoric? What can I add to the debate on women emancipation that has not been told yet?

But then I said: I can sum up what I think telling a story, a story of a woman, a courageous and humble cypriot woman, a journalist little known to the international public.

Her name is Sevgul Uludag, she is a Turkish Cypriot citizen and for years has been the voice of Cyprus for the families of the “desaparecidos“, the thousands of people who went missing after ’63-’74 inter-communal violence. Many of them were often tragically found in mass graves dug to hide the victims of the hate season. I discovered by coincidence her blog during some research about the issue of cypriot missing persons. Since 2002 Sevgul has stubbornly documented search, excavations, recognition and funerals of the human remains found. She had no family member disappeared and her chase for those ghosts of the past is for the sake of human rights and a contribute from civil society to the reunification of the island.

Sevgul has two phones always on, one with Turkish and the other with Greek-Cypriot number, where she can be reached by those with useful tips that might lead to the mass graves. On her articles in the Turkish Cypriot newspaper Yeniduzen, Sevgul has returned the stolen dignity to those human remains found, helping the families to heal that long term pain and giving back

those dead a face, a story and some peace to their soul.

I met her in Nicosia a few years ago, during one of the meetings she regularly holds with the relatives of the missing persons. Why she chose to run a website without even a registered domain and no sponsors to support her work? “Because if I had accepted money from either side I would have lost credibility” she explained. Nobody pays her for what she does but her work for the Cypriot community, for the whole Cypriot community, worths far more than the expensive “bureaucracy of peace” and the dozens of projects financed for a tiny interethnic elite.

Time on an island runs slow and in small communities concepts as “name” and “reputation” often overshadow those of rights and justice. 44 years later many people have already carried with them in their grave the terrible secrets of that forgotten war. But some still feel the need to share

informations about those execution they witnessed or that common grave they heard about. Those who finally decided to speak they tell their secret to Sevgul because they trust her. And trust for people in a small community worths far more than anything else.

Being a woman has not helped her: on an island with a traditional culture, where patriarchy is still deeply rooted – both among the Greeks and the Turks – her work has been fiercely opposed. In the Turkish community many consider her a “traitor”, while the Greeks look at her with suspicion: why don’t you leave the past behind and stop with this obsession with “Missing persons”? She received threats from both sides: the Turkish conservative press campaigned against and so did Greek-Cypriot far-right activists because she is pro-unification and feels just Cypriot. And above all, she did not give up with her work.

Sevgul has won several international awards including the one given by the International Women’s Media Foundation “Courage Award” in 2008 and the European Citizens Prize awarded by the European Commission in 2014.

On International Women’s Day, hope is that this story, the independent work and the commitment of Sevgul – of the many Sevgul who like her work in dim light, driven only by passion and civic perspective- which stands in between cultures, on a very difficult environment and without the safety and protection of a mainstream corporate media, become inspiration for the many young women who are approaching journalism. 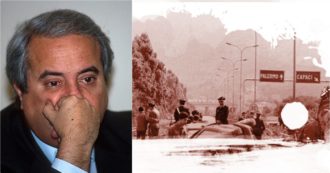