Enjoy the last Sacher torte of your life. Next time, you’ll get a kebab.

At Café Central, the man on my right looks at me gloomily. I am in Austria to speak of refugees, yet there’s no point in drawing figures, explaining that these young Arabs will pay our pensions. The question, or more exactly, the fear, is just one: the Islamisation of Europe.

The footage of twenty, thirtysomethings breaking down the barbed wire fence, on the border with Hungary, and shouting: Allah Akbar!, went viral – even though in Arabic it’s actually an ordinary saying, devoid of any religious connotation: the same way in Italy we curse the Virgin Mary and all sorts of saints. Nobody would believe it a blasphemy. You cry out Allah Akbar! also when you eventually find a parking lot after wandering for hours. Now, yet, there’s no point. The man looks at me surly. Worse, he grumbles. Next time, you won’t even get a kebab. Because you’ll spend all your time locked in your hotel room under a burqa.

Usually I try to be reassuring. This is the middle class, I keep on repeating. Refugees, in wars, are never the poor. The poor, the true poor, can’t even afford a hundred dollars for the fuel until the border, until some UN camps. These are the better off. The middle and upper class. And most of the times, they are fleeing religion. Or to be precise, the current obsession for religion: the endless interference in their private life. Be it coming from the state, or from a father or an Imam, many Arabs are simply fed up of being accountable to everybody for everything. I try to describe Iraqis, Syrians, Afghans, as somehow secular people: people who will easily, quickly fit into our society. Also because unlike us, who have no clue where Afghanistan is, or what it is, they master our language. They’ve studied our books, they’ve read our newspapers. Watched our TV programs. They’ve met our fathers, and our fathers’ fathers: their colonisers. They don’t even need to adjust, look: they remind more of Erasmus students than refugees.

Yet, then I always feel a bit racist. First of all, because in this way I reduce all their culture, all their identity to religion. To a matter of being or not being secular. But mostly, because it seems that you welcome only those who are like you. Whilst actually you just give asylum to those who need asylum. To overlook the differences between us makes no sense: and not only because they are undeniable: they are invaluable. And when I think of differences, truthfully, I don’t think of Islam, of the veil. Of religion. I think of the different way we manage social relationships, family relationships. Or our different concept of time, of money, our different priorities of life, your job, you career that never become the means to express and realize yourself, because a person is much more than that – nothing, actually, is the same. No, they aren’t like us. At all. And it’s a blessing. This idea, for example, that nobody is an island. The different balance between the individual and the community he belongs to. The idea that you got a lot from your fellows: from your parents, from your friends, from everybody, from strangers, too, and so you should return something: you are expected to give, not only to take. This idea that nobody is self-made.

Tha gratitude. Which means, basically, that you don’t forget to feel lucky. That you appreciate what you have. You understand it – you understand how fragile it is. And with how much dedication it must be protected.

When I look at these twenty, thirty-year-olds, yet, what I am most impressed by is something else: it’s their courage. Their courage and dignity. Because the other frequent question, these days, is whether it would have been wiser to keep Gaddafi in Libya, in the end, Saddam in Iraq, and now Assad in Syria, rather than trying to change countries that it’s clear: they are hopelessly resistant to democracy. But truthfully, if I am here, if I decided to cover the Middle East, it’s because these twenty, thirty-year-olds are exactly like us: excluded by everything: without any work, any right: any future. And yet, without the slightest intention to give up. To live a life of leftovers. Look at what they are willing to do to be free. The armies they face, the seas they sail. They have a boundless strength. And I can’t but admire them.

I can’t but wish we were like them. So different from us. With this audacity to struggle for living their life according to the values, the principles they believe in. For living how they think it’s right to live. Don’t tell it to the man on my right… But in Arabic that’s what you call jihad. 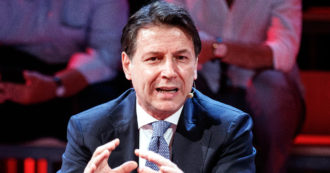