Suddenly, you don’t hear anything anymore.

You don’t see anything.

But it’s just for six, seven seconds. Then, suddenly, again, it’s all like before. Wrecked metal sheets, electrical cables. This uneven tarmac, scattered with glass, slivers, frames empty of doors, empty of windows. Because in Baghdad, among these buildings blackened by thirty years of war, of TNT, where a bomb blows up there’s no difference between the before and the after. Only, now, strewn everywhere, there are slices of men. Rags of flesh. This firebrand of car that burns.

And life has this strange way of resuming immediately, here – or perhaps, of never stopping. It is 6.17 pm when we are thrown on the ground, in Saadoun Street, where is taking place a major annual Shia pilgrimage. From the loudspeakers, yet, the chanting of the Qur’an goes on, mixed with ambulance sirens. The screams of a father. Everything is quickly swept away. On your right, orange juice is already on sale again.

en minutes, and it’s all over.

Ten minutes, and we just wait for the next one.

From the trenches of World War I to the concentration camps of World War II, every war has its own icon. The napalm of Vietnam. The machetes of Rwanda, the mortars and snipers of Bosnia. The barrel bombs of Syria. Iraq is a war of IEDs, improvised explosive devices. A war of makeshift bombs. In Baghdad, since years, there’s been a car bomb per day. Usually, more than one. And attacks occur everywhere. In these hours they are mostly targeting the Shia, who are gathering here from all over Iraq to honour Mousa al-Khadim, their seventh Imam, but last week, and arguably, the coming weeks, they will hit again cafés and restaurants, rich as well as poor neighborhoods. That’s why they are the symbol of today’s Iraq: they aren’t anymore trucks that crash against the Green Zone‘s walls, against the foreigners, the goal isn’t forcing out the Americans anymore. Taking back the country. Now the goal, simply, is destabilizing it.

Because wars now, be they Syria, be they Lebanon, Chechnya, Gaza, have no frontline anymore, fighting, airstrikes are all around. There is no distinction anymore between civilians and combatants. But in Iraq, not only there isn’t a frontline: in Iraq there isn’t a direction. A definition of victory and defeat. There isn’t a pro or anti Assad camp here. There aren’t pro-Russians and pro-Ukrainians, Serbs and Croats, royalists and republicans – nor there are Sunnis against Shia, at a deeper look. There are only countless armed groups. Countless criminal gangs.

There are only IEDs. Always.

In theory, security should be provided by the army. Last year, yet, with the advance of the Islamic State, it collapsed, 60,000 soldiers against 2,000 jihadists, abandoning guns and tanks along its way. The US are trying to reorganize it, but it isn’t a matter of military skills: it is a matter of convincing soldiers to risk their life for a state like the Iraqi state. Such a dysfunctional, such a rotten state that the equipment for the first 5,000 recruits never reached its recipients. At Camp Taji, 20 miles from here, they get trained by shouting Bang Bang. And in the budget, more is allocated to security than to education, health and environment combined.

So far, they have poured into the Iraqi army 25 billion dollars.

The true lords, here, are the Shia militiamen. In Baghdad there are two main groups. The Badr Brigades led by Hadi al-Amiri, specialized in murder by drill machine. And Ada’ib Ahl al-Haq, specialized, instead, in attacks on Western embassies. And many commanders, moreover, hold government positions. Hakim al-Zamli, for example, is the chair of the parliamentary defense committee. I am vaguely explained that he is an expert of territorial organization. A urban planner, I think. Or perhaps a sociologist. Or as Google puts it: one of the masterminds of the ethnic cleansing campaign against the Sunnis of Baghdad.

Without Western boots on the ground, these are the good guys who are expected to root out the bad guys of the Islamic State. On April 1, Reuters reporters filmed the liberation of Tikrit: two policemen catch a jihadist, and among a joyful mob, cut his throat.

From my window, while I am writing, I see Adhamiya burning. It is a Sunni neighborhood. Shia militiamen blocked the way in, that is, the way out, and set all on fire.

It’s their reply to the last car bomb.

For Iraqis, militiamen are like jihadists. Shia fighters are like Sunni fighters. The same ferocity. No rules nor refrains, the same impredictability. If Isis seems to be the absolute evil, actually, is only because the few journalists who venture here to embed with its enemies are treated as tourists. None of us gets access to the real frontline. None of us can join a search. A roundup. A police operation – since that’s their job, officially: to restore law and order. And I am accidentally revealed why by a general who asks the translator what I mean for search, what exactly I would like to see: and unaware that I understand Arabic, says: “If we want somebody, we just take him.”

We live indoors. And away from windows, should the glass suddenly explode. We move stealthily, in Baghdad, and only by car, quickly, from one building to another. Possibly, from one top floor to another: a car bomb destroys only the lower ones. Every screech of tyres scares, here. Every car that brakes at the last second. Every car that goes too fast, every car that goes too slow. That pulls over. That turns. Every car seems to be parked in a suspicious way. Every cable, every pile-up of garbage, of junkers, every brick out of place seems to be hiding a IED. And you immediately realize where the revival of religion comes from: the only way to resist, here, is entrust yourself to the Qur’an. Or to the Bible, to a talisman, a shaman – whatever: except for reason.

Or you’ll be overwhelmed by panic.

Because there’s no logic in this war.

Which isn’t even a war: because nobody is fighting to win. To govern Iraq. It is simply all out violence and looting. Simply a generalized settling of score.

One step outside, and you feel totally vulnerable. And rotten to the core, when you hear the blast, finally, and that usual, merciless, instinctive feeling of relief – once again, it wasn’t you. This feeling of guilt, while you breath, eventually: it’s gone, another one: while a father screams. This awareness that you are safe, but not immune.

While life resumes immediately like before. Except for the dead. 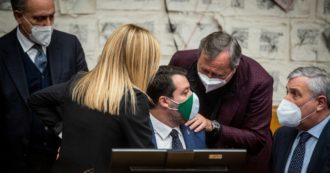