You need an Iraqi with you anyway, because at the Ministry of Interior, of course, Directorate of Foreigners Affairs, nobody speaks English. Once you enter the country, you must get the authorization to leave it within 10 days of arrival. Today, yet, it’s already my eleventh day, because since my arrival, everything’s been closed because of a pilgrimage, schools, streets, shops: offices: everything: and so, to get my passport stamped, I have to bother not just an Iraqi, but the Parliament media officer – and to go through countless phone calls and intercessions and good words, higher and higher. Up to the government spokesman. I’m sorry, I say while getting in, blushed: But I was on my way, the first day, and a car bomb blew up. Oh, a desk clerk replies. “But that’s the best time to come. There’s no queue.”

There’s never any queue, here, actually. Because the Directorate of Foreigners Affairs is in a shabby building that looks quite ordinary, standard size: instead, it’s a labyrinth of rooms and officials. And so there is no queue: you move from one room to next. Most of all, there’s no copier. Every official hand copies the papers received from the previous one.

Every official adds a signature and a sheet to a folder that quickly turns into a box.

Most of all, every official adds a hindrance. Instead of stamping my passport, something taking just a minute, I believed, since I simply need to leave the country, and the trouble, usually, is to get in, every official says: Broblem – and refers me to another official.

And the first problem is not even easy to solve, I mean, not before my flight departure, at least. It’s the Kurdish issue. Because I came by land from Turkey, from the north, that is, from Kurdistan, and it was already an adventure, with the Kurds who didn’t want to let me in. On my passport, they objected, there was a visa to Iraq. And so why I was going to Kurdistan, and not to Iraq? And it’s one of the two, actually: either Kurdistan is autonomous, and thus it doesn’t matter whether I have a visa to Iraq or to Russia, they are two different countries, or Kurdistan is a region of Iraq, and thus the visa I was given in Rome is enough for both Baghdad and Erbil. But Aristotle’s logic didn’t prove to be very persuasive. After one hour of bargaining, the only option was the emotional blackmail: a photo of mine in the trenches of Kobani, mud and helmet. Despite all the blank pages available, yet, the Kurds placed their entry stamp just on the visa to Iraq, turning it into an ink stain. And so in Baghdad, at the airport (where I arrived with an international flight from Erbil, because with this story of the Sunnis and the Shia, and the thousands of ethnic and religious groups, the Middle East is so fragmented, now, and Kurdistan so small, that there aren’t domestic flights, in Erbil, you walk in a suburb and you are abroad: yet, at the airport I didn’t get any exit stamp from Kurdistan) I mean, in Baghdad, in short, also because of an Australian blonde everyone was distracted by, I wasn’t stamped a new entry: as Kurdistand and Iraq were one state. And now at the Directorate of Foreigners Affairs, where everybody should be against the independence of Kurdistan, if only because 20 percent of oil reserves are in Kurdistan, and because that’s anyway what all newspapers claim, I am objected that I am not in Iraq, because the only trace of mine is in Erbil. “And Erbil for me is like Guatemala”, I am said.

– Who told you that we are against the rights of the Kurds? Who did you speak with?

– I read it on Il Fatto Quotidiano.

– On the New York Times.

– And why you didn’t ask us? Would you ask an Iraqi what Americans think?

– Right. And that’s why I came here, actually. To ask you. And now, if you let me leave, I will pop in at the New York Times and tell them they are wrong. Terribly wrong.

– But you never came here. You are not in Iraq.

– No. And how can you get out, now? You never got in. You understand, right?

– Won’t you want me to break the law.

– After all this war for democracy.

– Of course. But perhaps there’s a friend of my interpreter, who has an uncle who could…

– But his uncle has also another uncle who…

And so we start 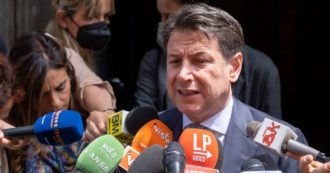