Every time I return to Berlin, I return to the Reichstag. In 1945, at the end of the war, Berlin was rebuilt: re­built deeply different from the previous Berlin, in an effort to somehow erase any trace of nazism. Of evil. Not the Reichstag, yet, the parliament building. Designed by Norman Foster. Its old remnants of stone are now nested into the steel, the glass, the water, the light of the new city. And every time I return, I return here. Just across the river, on the grass, to watch this stone like a scar, like a wound that wasn’t hidden, wasn’t remo­ved, but on the contrary, was left in plain sight – plain life. Because war is never over.  As Plato said: Only the dead have seen the end of the war.

However hard you try to rebuild yourself, war never fades away. It marks you. A war is forever, it’s its most distinctive feature. Its truest feature: but also the one we never talk about. I mean: we, war reporters. We are the ones everybody wants to invite for dinner, to introduce to friends, with our life like a movie, we are the ones with countless stories to liven up the evening: and instead, off stage, we are mostly binge drinkers, drug­gies, paranoid, those who are high on ice, those who are high on Prozac, those who are high on everything. All multi-divorced. Multi-shipwrecked. The one who didn’t speak for years, the one, for years, who spoke only of Chechenya.

The sweet, cuddly one who in fact beats his girlfriends. And yet it’s what we never talk about. Trauma. The war you never come back from: it’s what is forbidden to mention, even among us. And it’s not only for the fear of undermining our credibility – who would trust an analysis on Libya written next to a vod­ka bottle at 10 in the morning? No. At rock bottom, it’s because it’s not manly. It’s not what a man’s man is supposed to do. You shouldn’t show any sign of collapse. Never. And so you spend all your day amidst the dead, the starved, the desperate: the insane, fighters who kill and celebrate: and then at sunset, unmoved, you go for a beer. You hang out with friends as usual.

They are the ones who don’t collapse because they are actually already in ruins. What we never talk of, not even with ourselves, because talking of it requires much more bravery than staying on a frontline, it’s the key feature of war. What we omit: it’s the only thing we should rather say. Be­cause it would make you understand what the effects of a war are. It would make you understand that war can never be a rational choice, a means to achieve a goal, despite it all, a case where the end justifies the means – never, because its damage, its true damage, can’t be repaired. And if it crushes us, mere witnesses, mere foreigners, how deeply, how fiercely it affects its players? No. There’s nothing, after a war, that can really be rebuilt.

Be­cause between Sunnis and Shia you can find an agreement. Between Serbs and Croats. But war is something else: war is when you see Syrians, Afghans, on the seashore of Mersin, of Izmir, crowding, jostling, drow­ning each other to win a seat on the boat – it’s when you realize that it isn’t a matter of victims and but­chers: roles mix up, constantly. Trade places. War is when on the frontline a fellow journalist, to arrive first, points you the wrong way: and sends you among snipers.
When you realize that it’s not true, it’s not true at all, that it could never happen to us. The Hutus and Tutsis – that these are faraway worlds. Bloody, backward worlds. War is when you see the roots of evil in the everyday indifference, carelessness, selfishness. In our ordinary cynicism.

And you realize that not only certain things could happen: they are already happening. War is when you realize that you are inside it. You are foreigner, not stranger. One of the best of us moved here, a few months ago. A photographer. He has been documenting war, all sorts of war, for the last twenty years: and he’s totally out of mind, now, always drunk, he says words that roll themselves up, with little meaning, he paints, most of the time, he paints paintings that look like spots of co­lor and instead, at a closer view, they are dead, dead and wounded – he paints, and he keeps on shooting im­pressive photos. Everybody rubs it in, the prey fallen into dust. “Forget,” cut it off another photographer. “I said it long ago: he wasn’t fit for this job. He wasn’t strong enough.” Leave, he urged me. “Tell him to call a psychologist. Come to Idomeni” – because all our heart, these weeks, is for the refugees stranded in Idomeni. In Greece. We have no time to stay close to those who are next to us. Those who are too weak for war. Or perhaps too honest. 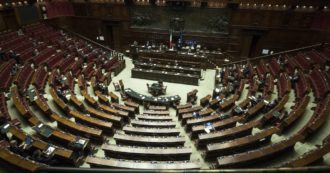