Mario Paciolla, to the Un general secretary Guterres: truth and justice must be the priority

“I want to forget this country forever. Colombia is no longer safe for me. I never want to set foot in Colombia or at the UN ever again. It is not for me. I asked for a transfer some time ago and they didn’t give it to me. I want a new life, away from everything”.

A few days before his body was found in the house in the Colombian department of Caquetá, in San Vicente del Caguán, Mario Paciolla entrusted this message, sent to a relative on July 11th, with his state of mind.

He had arrived in Colombia in 2016. After two years as a volunteer for the NGO Peace Brigades International, since August 2018 he had been working on the delicate United Nations mission overseeing the implementation of the peace agreement signed in 2016 between the FARC, the Revolutionary Armed Forces of Colombia, and the Colombian government. This process seems to be compromised by the policies of the Colombian Government, which is allowing the persecution of former FARC fighters who have laid down their weapons by extreme right-wing paramilitary groups and drug traffickers.

After two years of intense collaboration with the United Nations, Mario had decided to leave Colombia because he felt no longer safe. He was not.

He had confessed to his mother that he was scared, that he felt so much in danger that he had bought a plane ticket that would take him back to Italy on 20 July, a month before the end of his contract. A flight home, which he never took because his lifeless body was found in his home on 15 July.

The first attempts of diversion emerged immediately: Mario’s body was found hung, and the unlikely staging of the suicide would have pushed for a quick filing of the story.

What emerged over the next few days, thanks to the reports of her parents and the precious work of a Colombian journalist, Claudia Julieta Duque, was the close correlation between his death and the investigation that Mario had carried out in the field together with other colleagues from the UN mission.

The work he carried out focused on the attack in August 2019 carried out by the Colombian army, against the command centre of Rogelio Bolivar Cordova, known as El Cucho, commander of one of the dissident factions of the FARC, who interrupted the disarmament and demobilisation process included in the peace agreements.

The UN report listed the violence perpetrated against the dissidents and their families, and highlighted that at least eight minors, girls and boys between 12 and 17 years of age, had lost their lives in the attack.

In November 2019 something clearly compromised Mario’s position. Senator Roy Barreras, of the centre-right opposition party, decided to use the information in the report – made available to him by the area director of the UN mission – to attack the Defence Minister, Guillermo Botero. Barreras questioned Botero about the bombing and asked him why that operation – which implied the death of minors and was called “meticulous” and “impeccable” by the president of the Republic – was kept secret. A few days after the debate in the Senate, Botero was forced to resign.

Thus, Mario’s report suddenly found itself at the centre of a political controversy about the failure of the Colombian peace process, which has a major impact on the government and the armed forces.

Mario felt to be in danger and asked for a transfer to leave those places, which were no longer safe for him. But the UN ignored this request for help.

And what happened in the hours immediately after the discovery of his corpse makes one think of an unclear management of the information held by the United Nations, at that moment far from the intention to facilitate the investigation to get to the truth about Mario’s death.

Christian Thompson Garzón, ex-military and head of security at the UN Mission in Caguán, was the first person to arrive at the crime scene; he was given the young Italian’s house keys and ordered to clean the whole house with bleach, in those decisive hours for the investigation.

In the following days, it emerged that some personal belongings – such as Mario’s computer and diary – were in the hands of the UN and not the investigators’. According to Claudia Duque’s reconstruction, the same happened with Mario’s laptop’s mouse which was found dirty with blood and that later it reappeared cleaned in the UN headquarters in Bogotá.

There are too many shadows on this dramatic disappearance.

Mario Paciolla was a 33-year-old boy. He lived and worked in Palermo, in my city, for a few months. We never met, but the friendships he fostered during those months – friends we have in common – give back a unique portrait of him.

After graduating in Political Science at the Naples University ‘L’Orientale’ he started working abroad and before moving to Colombia he had lived in India, Jordan, and Argentina.

Passionate about journalism – a ‘publicist journalist’ registered in the Order of Journalists of Naples – he had chosen to live in Colombia, over 650 kilometres south of Bogotà, successfully managing a project to reintegrate former FARC dissidents through sport.

The project had achieved important results with rowing: at the World Rafting Championships in Australia in 2019, the Colombian national team was represented by five former guerrillas and three farmers from San Vicente del Caguán.

A few days after Mario’s body was found, I filed a parliamentary interpellation asking our Foreign Affairs and International Cooperation Minister to urgently request the Colombian authorities to shed light on his terrible disappearance. The government of Colombia must make every effort to clarify the causes of Mario’s death.

Our government, together with the Italian Embassy in Colombia, must monitor that the search for the truth is a priority. It is necessary to clarify what happened in the night between 14 and 15 July, to reconstruct the responsibilities behind the barbaric murder of Mario Paciolla and to identify its perpetrators. It is now clear that the suicide is a ridiculous staging.

The UN, whose mission Mario had dedicated himself to with passion, must provide all the information at its disposal to the investigation.

I want to address the Secretary General of the United Nations, António Guterres. I trust he will personally take responsibility for the willingness – promised by the UN – to cooperate with the investigators. The UN must share everything it knows about Mario Paciolla’ death,and not hide behind the diplomatic immunity of its officials. Otherwise, it would make itself an accomplice of those who are silencing and misdirecting the investigation.

Truth and justice for the murder of one of our compatriots must be at the top of the political agenda until the horrible things that have happened will be clarified. It is our duty to demand it, because once again the dignity and credibility of our country are at stake.

The indulgent attitude adopted in recent years about stories that dramatically resemble the one that involved Mario shows a dangerous fragility that can undermine the fundamental rights and security of Italian citizens abroad.

If anyone thinks that an Italian citizen can be killed, tortured or kidnapped without consequences, and that a part of the security apparatus of another State can do so with impunity, the very pact of trust on which citizenship in our country is based is called into question.

This is, unfortunately, the side effect of a widespread habit of carelessly dealing with fundamental issues such as the protection of human rights and democratic freedoms. This habit too often goes so far as to consider their violation normal, even when – as in this case – it concerns our young fellow citizens.

We insist. We owe it to Mario’s family. To the precious talent of a young man whose story, like the one of Giulio Regeni, Valeria Solesin, Antonio Megalizzi, Andy Rocchelli, Gloria Trevisan, Marco Gottardi – along with all the others – is representative of a generation that makes us proud of our country in the world. 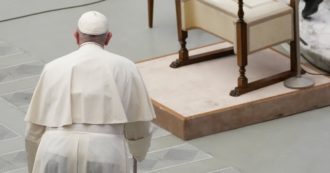