Every now and then, suddenly, I show up in Casciana Terme, the little, and godforsaken, town of Tuscany where my house is. And where basically I return for paying the bills. And every time I enter the post office, Miss Elena, who is always worried about my fate, catches up, kindly, and asks me: How’s things over there?

No matter whether I come from Gaza or Australia. Beyond the Pontedera exit, once you are on the highway to Florence, the world becomes vague and blurred.

How’s things over there?

Today, yet, her question sounded a bit odder than usual. Because I’ve just read Amnesty International’s latest report, which is everywhere, online, and quite often with a picture of our Minister of Interior Marco Minniti: and typically, instead, it comes with a picture of an African commander, an Arab dictator.

There is much talk about Italy, these days. Except than in Italy.

More than 400,000 migrants are currently stuck in Libya. A country that never signed the 1951 Convention on refugees, has no relevant laws, nor, therefore, appropriate structures: and where illegal entry is a criminal offense. If found, migrants on their way to Europe end up in detention centers that should be rather termed internment camps: since there are no judicial procedures, in fact, since you get just locked in, and that’s it, your only option to get out is bribing guards. Such a system, of course, lends itself to abuses of all sorts. But Amnesty International’s report is not only about the awful conditions of migrants, about what they endure, and for months, sometimes even for years: it is mostly about the responsibilities of Europe. And especially of Italy. Which is trying to stop migrants without any care for what they go through in Libya.

There are basically three types of cooperation. Cooperation with the Coast Guard, to enable it to intercept as many boats as possible. Cooperation with the department of the Interior Ministry that runs some of these detention centers. And above all, agreements with local authorities and armed groups, to prevent departures, and not only arrivals. But Europe, Amnesty International says, and especially Italy, cannot plausibly claim to be unaware of the ongoing abuses. Not only they are tolerating such abuses, but with their cooperation, by training, by equipping, by backing those who actually perpetrate the abuses, they are contributing to their occurence.

Indeed, it is all well-known. Widely documented. But that’s exactly what strikes the most: that it is all well-known. And yet no one cares. As if it were normal. As if it were trivial. Because in Amnesty International’s report there is a word, instead, that those who are familiar with law can’t but notice, and it is a dreadfully sinister word: “institutionalisation”. The report speaks of a smuggling industry. Not of sporadic events. Not of poor decisions, of initiatives that perhaps, unfortunately, had unintended effects. It speaks of a system of torture and ill treatment.

And prospectingly, where there is a system, there are crimes against humanity.

Star journalist Gad Lerner, “a lucky child of multiple migrations”, as he says of himself, for a long time a stateless Jew, has been the only one to stand up, and quit Marco Minniti’s Democratic Party. For all others, the key issues to assess the left from are, as usual, the new electoral law, the job market reform. Corruption scandals. While in the meantime, one of its ministers is at the core of an Amnesty International report.

Like a minister of Congo. Of Sudan, of Syria.

Fatou Bensouda, the prosecutor of the International Criminal Court, which has jurisdiction over Libya since 2011, in May said to be “interested”, in principle, to start investigations on migrant-related issues.

We have a minister that someday might end up in The Hague.

And not for bribes, as an ordinary politician. For crimes against humanity. 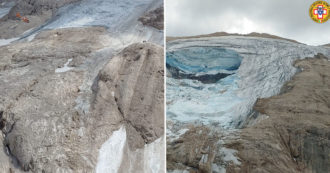