Ankara, the Brussels of Turkey. Where Islam is a kind of superstition 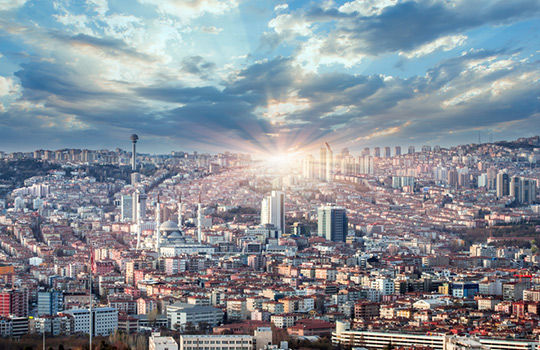 Ankara has roughly 5 million people. It was turned into the capital city by Atatürk, in 1923, at the end of the First World War. When the Ottoman Empire collapsed. And Turkey was founded. As a brand new country: which needed, symbolically, a brand new capital city. Today it is the typical steel and glass city you can come across everywhere, basically without a real centre, a city, indeed, of office buildings and banks and ministries: the city of work, of efficiency. Development. A city which has no tourists, because it has nothing special. Or at least, that’s what it looks like at first glance. Because Ankara, instead, has an identity, as clear and powerful as Istanbul’s identity: and which is its opposite. Ankara is a city of light, of geometry and straight lines, it is as uniform as Istanbul is rather various, a fascinating city of shadows, of ambivalence, a city of stories and legends and dodgy corners. Ankara is Atatürk’s mirror.

And Erdogan, not by chance, prefers Istanbul.

In our view, Atatürk is the mastermind of Turkey’s modernization. But the small museum on his life, next to his tomb, is not really what you would expect. After rifles, watches, coats and notes and mementos of all sorts, each room illustrates one of his many reforms. With words that today in Europe, in our secular Europe, no one would use anymore. Basically religion, and not only Islam, religion in general terms, is dismissed as backwardness. It should not only be confined to the private sphere: it’s seen as a kind of superstition that reason, science will sweep away. The pictures are curious. It is a sharp break. There is a before and after. But literally. Overnight, old Ottoman café are replaced by French style cafés. Fez hats, by fedora hats. Djellabas, by suits. Even the alphabet changes: Arabic is replaced by Latin. It is not merely the modernization of Turkey, it is actually the Westernization of Turkey. Which looks normal to us, it looks like development. It looks like science and reason. But because we are Westerners: because for us that’s how a society should be.

Only, the world is larger than the West.

Turkey is going through complex times. And there are many grounds for concern, it’s true. But for instance, among the many laws we have criticized, or looked at distrustfully, there is the lift of the ban on the hijab. But why, would we in Europe accept a ban on the hijab? We would protest if it were compulsory: but also if it were forbidden. The latest of the laws that we have described straightaway “a further step toward the Islamization of Turkey” is the bill that allows religious weddings. But why, in Italy don’t we get married in churchs?

Atatürk, yes, modernized Turkey. And yet with this absolute faith in science, in reason, logic, he reminds me of Futurism, rather than secularism. And Ankara reminds me of Brussels, somehow. A certain Brussels: the Brussels of the EU institutions. They look quite the same. And not only from the outside. That’s another city where you have always this feeling of artificiality: and it is a city, in fact, that in the end doesn’t exist, it is a city with no soul, that at sunset, out of office hours, is a ghost city, because there is no way, a city can’t be established from scratch. Nor a country. And so yes, Ankara reminds me of Brussels.

With its geometry. Its certainties.

Then, fortunately, Europe is much more than that. 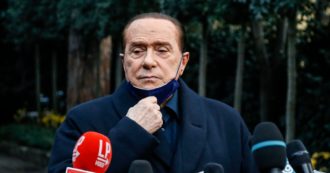