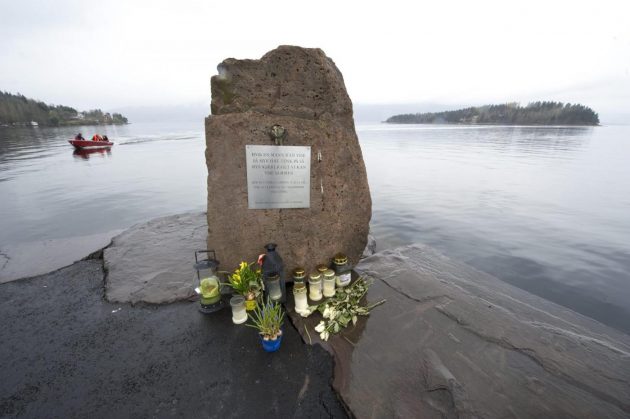 But you are Christian?, the attorney asks him. A practising Christian? Well, a bit, he says. Not so much. And for Norwegian culture, what do you mean? He thinks it over. Then he says: Anything. Anything that’s made in Norway. From door handles to beer labels.

It’s July 22, 2011, and that’s what Anders Breivik is defending, the European values endangered by Islam, by multiculturalism, when he parks outside the government building a minivan filled with explosive, in a country so flawless, so unused to such things, a country so caught off-guard that the police doesn’t set up any roadblock: and stuck in traffick, a helmet on his head, he has all the time to reach the island of Utøya, 23 miles from Oslo, and to open random fire in the summer camp of the Labour Party’s youth organization.

In the first helicopter to arrive on scene there aren’t special forces, but a TV crew.

And scattered among the rocks, among the grass, at sunset, there are only these 69 phones that keep on lighting up, intermittently, on and off, on and off, their ringtones turned into silent mode in a last, desperate bid not to be seen and killed – on the display the caller’s name, Mum, Mum, Mum. Until batteries die.

Yet One of us is not a book on Norway. It is a book on belonging. “Or more exactly, on looking for a way to belong, and not finding it,” it’s a book on the quest for identity, and for heed, and care – it’s a book on exclusion: and in the end you just think that our understanding of terrorism, and most of all, our counterterrorism policy, would be definitely more forceful if only we had an Åsne Seierstad writing about every attack of these years.

Writing about the mothers, and certain biographies that appear to be inherited: with Anne Marie who blames her daughter Wenche for the polio she got while pregnant, the same way Wenche is now blaming her son Anders for her divorce, and her life’s breakdown, and screaming “I wish you were dead” – but also writing about the fathers: who some day, simply, vanish.

Writing about families. The families concealed behind the posh streets of Oslo’s West End, of the blonde, well-to-do Oslo with Lacoste t-shirts and a cashmere sweater: with social services that realize that there’s something wrong, and step in, several times, but end up with concluding that the only odd thing is that a mother is sending out his five-year-old to buy pizza alone, “especially because pizza is hardly a nutritious dinner” – and they let that that boy nicknamed Meccano Boy, because he was so stiff and angular, that boy that seemed to never have fun, not to take any joy in life, turned into a bully that tortures pets, and then into an hip hop writer with hoodie and baggy jeans, and later on dropped out of high school, six months before the final exams, to make money, and become a millionaire, while trying to build a career in the right-wing Progress Party, in the meantime, until his business selling fake degree certificates gets exposed, and goes bankrupt: and Anders Breivik locks himself up in his bedroom playing video games.

And nobody knocks at his door to drag him out.

You read this book, and you just think you’d like to read a book like this for every jihadist. And for each of them, to have an Åsne Seierstad recreating the society around – the countless times Anders Breivik has been a heartbeat away from being unmasked: a heartbeat away from being stopped, and saved, while from video games he moved to websites against Islam, against immigrants, the supposed origin of the decay of that society he felt excluded from, that Norway that he couldn’t stand, and that he desperately wished to be part of, and started piling up chemicals and fertilizers and military equipment, explaining to his mother that he was to open a farm: and his mother, looking at him with boots, helmet, flak jacket, with Anders that admits he’s a bit nervous, he is afraid he’s getting into something he might not be able to manage, his mother says: It will be fine, don’t worry. You’ll be a great farmer. Or when he is in a basement preparing explosive, all day and all night amid the smoke of burning acids, for weeks: and his new neighbours find him a nice guy, always dressed up. “Perhaps a bit gay.”

Because this is a story always on the brink, as on the brink is Anders Breivik, his mind – and that’s the crux, in the end: he’s nuts or not? A young man who plans a civil war due to finish in 2083, after the execution of all traitors, and the deportation of all Muslims, and the establishment of the Knights Templar regime, the imaginary group he leads with the title of Justitiarius, the same name he used in video games – and such a man is crazy, isn’t he? Because that’s the only thing we can be comforted by: he’s not one of us. As Anders Breivik, too, knows very well, when during the trial he challenges the psychologists who claim he’s unfit to plead, and says: According to your criteria, all priests would be crazy, because they pretend they’ve got God’s calling.

The scariest trait of Anders Breivik is not insanity, it’s lucidity. The moment victims are listed one by one, in the courtroom, and he lowers his gaze, humbly, and he stays silent, “not to add further pain to the bereaved,” he will state later. And the virtuosity of Åsne Seierstad is exactly to keep this ambiguity. Because this is a book about one of us: one who depends on us, like everybody – and it is strange to read it in these days of landings, of landings and attacks, while I walk around Oslo, around its immigrant districts that are totally different from the other European suburbs, Stovner, Furuset, they look so perfect, by comparison: and yet they are ghost streets, there isn’t a shop, a window. There isn’t a light. Only the sinister sound of your steps in the cold, still air – and who knows what’s going on, in the meantime, behind these doors.

Where is Grønland?, I ask. Straight on? The old lady seems a bit perplexed. I’ve no idea, she says. I’ve never been in Grønland. Straight on, anyway, she says, there’s nothing.

And who knows what life looks like, now, behind its doors. 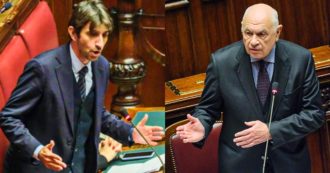