Julian Assange is the defendant, journalism is under trial

Julian Assange is the defendant, journalism is under trial

Britain likes to cultivate the image of a country which plays by the rules, but as the WikiLeaks’ founder’s extradition proceeding enters a crucial phase, the UK authorities are treating a journalist who revealed war crimes and torture as if he were a dangerous criminal. And yet revealing war crimes is the quintessential role of journalism in a democratic society.

When people start queueing outside the locked fence of the London’s Woolwich Crown Court, the sky is still dark. It’s Monday, February 24th, 5.45 am: the first crucial extradition hearing of Julian Assange will begin at 10 am. The freezing cold and light rain haven’t prevented activists and people who are here from queuing with the few journalists who have already arrived, as they want to be able to get a seat inside the small courtroom where the hearing will be held for four days. Just after 6 am, a team of Reporters Sans Frontières (RSF) shows up and joins the queue. For the entire four days, RSF will never miss a hearing, queuing outside for hours at freezing temperatures. A few minutes before 10, we are admitted into court 2 of the Woolwich Crown Court, and the founder of WikiLeaks soon arrives, escorted by guards: he sits in a dock opposite the judge, Vanessa Baraitser. Two guards sit in his dock: one of colour on his right and a white one on his left. The dock is behind the lawyers for his defence but also behind US government representatives. He is separated from everyone in the court by a thick glass wall.

Julian Assange looks stoic. His face doesn’t show any emotion. But we journalists who have partnered with him and other foreign reporters to reveal the WikiLeaks’ documents since 2010 can decipher his face. His skin, which the day of his arrest, the 11th of April 2019, looked ghostly white, now seems to have turn grey. The media have often depicted Julian Assange as a James Bond-like villain of some sort: a character who projects an allure of mystery and menace. But those who know him well know that he can be funny, warm, self-deprecating. But today he looks gloomy, tense. Julian Assange is not well at all.

Before the court, James Lewis QC, who acts for the United States, tries to convince the judge and the public that the United States is not putting journalism under trial. In reality, this is the first time in US history that a journalist has been charged with violation of the Espionage Act, a draconian law enacted in 1917 to punish spies who pass secrets to the enemy. And yet Julian Assange has never passed information to the enemy. Not even the American government accuses Julian Assange of having done so: he published secret documents revealing war crimes and torture. 91,000 files on the war in Afghanistan, 391,000 files on the war in Iraq, 251,287 US diplomacy cables, 779 files regarding Guantanamo detainees. These files were published by the New York Times, the Guardian, Spiegel and by dozens of major media outlets all around the world, which partnered with WikiLeaks. The writer of this article published that same information for all of the last decade without landing in any trouble: no charges, no trial, no detention. Why has Julian Assange never again known freedom since publishing those documents in 2010?
Lewis argues that WikiLeaks has put sources and informants who spoke to US troops or to the American diplomats in war theaters such as Afghanistan and Iraq or in authoritarian countries like China or Iran at risk. The US government has been repeating this serious allegation against Julian Assange and WikiLeaks for the last ten years, without ever providing a shred of evidence that such harm to the sources and the informants actually occurred. In 2013, during the trial of Chelsea Manning – WikiLeaks’s source for the secret documents for which Julian Assange risks extradition to the US and a sentence of 175 years in prison – Robert Carr, who headed the Pentagon Task force in charge of establishing the fallout of the WikiLeaks’ publications, was called to testify. Carr admitted that he had not found a single victim. Nobody had died or been injured as a result of the dissemination of those files. Seven years on, the acting lawyer for the US authorities now shows up in the courtroom without the name of a single victim, a single example of actual damage. At the hearing, James Lewis QC argues that “The United States is aware of sources that used unredacted names of or other identifying information that was contained in classified documents published by WikiLeaks who subsequently disappeared; although the United States cannot prove at this point that their disappearance was a result of being outed by WikiLeaks”. If the US can’t prove it, why mention it in court? And how likely is it that in ten years, and with all the US attempts to find victims, no victim has emerged?

Julian Assange’s defence includes high-profile lawyers like Gareth Peirce, one of the top human rights lawyers in Britain whose work was featured in the film “In the Name of the Father”, the Spaniards Aitor Martinez and Baltasar Garzon, who in the 1990s tried to arrest and extradite the Chilean dictator Augusto Pinochet when he was in London, Edward Fitzgerald and Jennifer Robinson of the London law firm Doughty Street Chambers and Mark Summers. These defence lawyers will call some of the journalists who worked on the US secret documents to testify, to reconstruct how WikiLeaks asked them to help redact the documents, if they contained names of sources at risk.

In this extradition proceeding, the United States is acting through the British authorities at the Crown Prosecution Service (CPS). The writer of this article has spent the last five years trying to obtain the CPS documents on Julian Assange through the Freedom of Information Act (FOIA), suing the CPS. After five years, we are still fighting in the London Tribunals, but the materials we have obtained so far pose many questions. The UK Crown Prosecution Service is the very same agency which played a key role in the Swedish investigation of alleged rape, which kept Julian Assange trapped in London from 2010. He remained under preliminary investigation in Sweden for nine years, with the Swedish prosecutors neither charging him nor dropping the case once and for all. The Swedish investigation was finally dropped in November 2019, six months after Julian Assange was arrested by the British authorities at the request of the United States, which charged him for his publications.

The documents we have obtained thanks to the Freedom of Information Act provide evidence that it was the Crown Prosecution Service that helped create the judicial and diplomatic paralysis that characterised the Swedish case. The materials reveal that in 2011 the CPS wrote to the Swedish prosecutors: “Please do not think that the case is being dealt with as just another extradition request”. What makes this case special? The documentation also reveals that Sweden considered dropping the rape investigation in 2013, but the Crown Prosecution Service didn’t agree and wrote to its Swedish colleagues: “Don’t you dare get cold feet!!!”. It’s unclear why the British authorities had such an intense interest in an alleged Swedish rape case. When we tried to find answers to such questions, asking for the full documentation, the Crown Prosecution Service replied that they had destroyed the documents, despite the still ongoing and highly controversial nature of the Julian Assange case. This very same British agency is now acting on behalf of the US government in the current extradition proceeding which could end up with Julian Assange in a US prison for life.
On the surface it seems that the extradition hearing at the Woolwich Crown Court is being handled with fairness and decency. After all, Britain is the country of fair play. But in the Assange case, some of the British government’s actions seem like those of a lawless country. For seven years, the United Kingdom denied safe passage to Julian Assange so that he could leave the Ecuadorean embassy and enjoy asylum in Ecuador, a legitimate right recognised by international law. When in 2015 the United Nations’ Working Group on Arbitrary Detention (UNWGAD) established that Julian Assange had been arbitrarily detained by Britain and Sweden since 2010, the UK authorities first tried to appeal the UNWGAD’s decision and then, after losing their appeal, simply ignored it, just like any other authoritarian regime. Nor has the denunciation of Assange’s persecution and conditions by the UN Special Rapporteur on torture, Nils Melzer, produced any change. Finally, in this extradition proceeding on behalf of the United States, Britain is treating a journalist who revealed war crimes and torture as if he were a dangerous criminal, locked up in a glass cage where he is unable to even communicate with his lawyers confidentially. As for the British media, in these last ten years in which Julian Assange has lost his freedom, first confined to the embassy and then put in prison, they have not only done nothing to reign in the worst instincts of their government, but they have scarcely continued to report on the case. 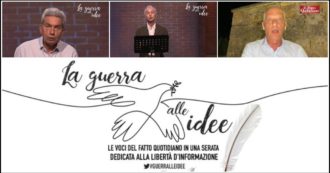