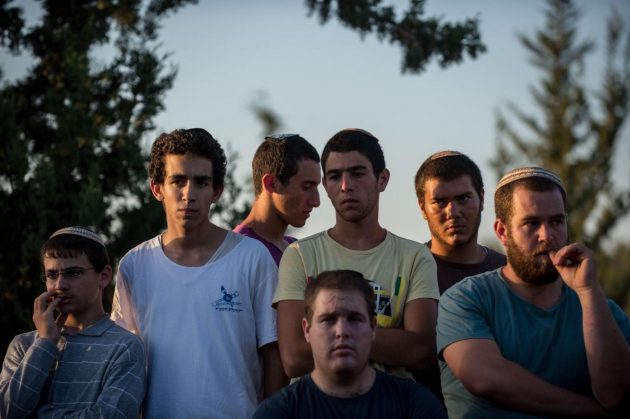 MODI’IN, July 2, 2014 People participate in a joint funeral for the three Israeli teens at a cemetery in Modi’in near Jerusalem, on July 1, 2014.

In the end, after searching for a new job for thirty years, to no avail, after turning into a street vendor of raincoats, postcards, of dog food, after selling his own house, Paul Grüninger sits alone in a café, with nuts and a glass of cider. The only dinner he can afford.

He once was a border police commander. But it was the 1940s. And he was Swiss. And Switzerland had sealed the border against Jews fleeing Austria. Fleeing Nazism. Paul Grüninger got fired because he faked their papers. Because he let them in. Not in exchange for money, yet, for a bribe, as he was charged with. Simply because, unlike many other officers, many of his fellows, he met the refugees. They weren’t figures to him, just stamps, dossiers to process. They were women, men in the flesh. And they weren’t migrants actually: they were asylum-seekers. The supervisor orders, delegates, and doesn’t see, his subordinate obeys and doesn’t think: everybody, in his way, dodges his own responsibility. Because evil is not the outcome of certain personality traits, as Theodor Adorno maintained: perhaps, as Zygmunt Bauman said, instead, it’s rather the outcome of certain patterns of social interaction. The outcome of denial. Of distance. Of our inability to identify ourselves with the others.

And when we look at the world, realize that any window is somehow a mirror, too.

Today Paul Grüninger is in Jerusalem. In the Garden of the Righteous.

And then there is Aleksander Jevtic. A Serbian who during the siege of Vukovar, during an army roundup, calls the Croatian detainees with Serbian names, swearing to his comrades that no, they aren’t Croatians, but Serbians: he’s sure, it’s his hometown, they are his neighbors – and he saves them from execution. And Aleksander Jevtic, too, when you talk with him, looks like anything but a hero. But a special man. Quite the opposite. To Eyal Press, actually, the writer who tells us these stories in Beautiful Souls, he looks a bit like a bully. He shows up on a sportscar, roaring, and he lives off private income, he owns some apartments, he lives off the rent, and he spends all his time on a couch, watching tennis matches on TV and guzzling beer: he’s totally different from the dissident, the activist, the intellectual that Eyal Press was expecting. But because these are not stories of rebels: they are stories of ordinary men, who during hard times, yet, dared to say No. Dared not to obey. Aleksander Jevtic had never had any interest in politics. During the war, far from joining, from taking side, far from feeling involved, he just hid in a basement and waited: and once the war was over, he simply went back to his life as nothing had happened. Of the Croatians he had saved, and he could be exposed by the soldiers, he could get shot on the spot, he said only: I acted out of instinct. Because we think that our instinct is violence, aggressiveness: selfishness: that we need to restrain instinct and use reason. And instead reason, the impassive assessment is what makes us holding back. Back from our being all equals, all humans: from extending our hand, offering help: opening the door, adding an extra chair to our dinner table – reason is what makes us realize that we’ll probably pay a price. That it’s wiser to move on.

Because it’s more complicated than it sounds.

Because if you help one of them, no?, then you must help all of them.

And how can you handle that?

Eyal Press’ stories are not stories of rebels. The opposite. They are stories of men who say No not because they challenge the society they belong to, but on the contrary, because they deeply believe in the values it’s based upon. Like Avner Wishnitzer, who defects during the Second Intifada. And who is not a pacifist, at all, he’s a soldier, he serves in an élite corp. But he thinks that ravaging the life of Palestinians is not the best way to achieve security for Israel. And like Eyal Press himself. Who was born in Jerusalem, but he doesn’t live anymore in Israel, he lives in the United States. And for his book, he chose a title that is more than a title: Beautiful Souls, in Hebrew, is Yafeh Nefesh – and it’s an insult. In Hebrew, it isn’t only the unwary who doesn’t understand how it goes. Who kids himself, and thinks he’s going to change the world in his own small way. In Hebrew, it’s he who endangers society. It’s the traitor. Yafeh Nefesh. It’s much more than a title, it’s a coming out – it isn’t a description, it’s a confession.

It’s both a window and a mirror.

Because the hard times, actually, are not only the war times. Disobedience is not only what is required by exceptional circumstances. Leyla Wydler is an American broker who smells that there’s something wrong, we are in the 1990s, in the years of speculation: and she refuses to sell toxic titles to her unaware clients. And she gets fired. While those who sold the titles, leaving penniless thousands of families, get rewarded with a bonus up to a million dollar. Leyla Wydler opted for the banality of the good: the banality of working with professionalism, checking what she was recommending to her clients, nothing more: nothing special: she’s been paid back with hostility and loneliness. Because across these stories, the true challenge is not against the authority: it’s rather against social conventions. Conformism. Not against who is upon us, but who is around us. “The power of the situation,” according to the definition of Eyal Press. The environment. Which doesn’t force you to, actually: induce you to.

Because these are ordinary men, but also, mostly, ordinary lives.

Because of the Holocaust, in the end, we remember the Nazis. We remember the racial laws, the yellow stars, the concentration camps. We don’t remember the neighboring countries: those who shut their door to the refugees. Instead, this is the story of those who said No while all the others were denying a stamp, denying a visa. While all the others were opposed, suggesting that the refugees were too many. That they would steal jobs. Houses. That they would corrupt the local customs. While all the others were opposed, demanding they be helped in their own country. And saying that rules had to be applied, or else, it would have been a mayhem. If everybody started acting on his own. Following instinct rather than reason.

When all the others were saying: And then who knows if they really are refugees.

Perhaps they are terrorists.

This is a story that isn’t over, yet.

A story that still has to find its beautiful souls. 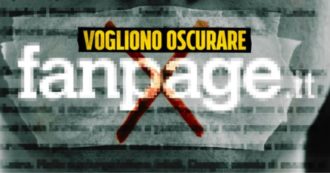