Some day, when everything will be over, a photo will explain what the war in Syria was about, and it will be this shot taken by Yuri Kozyrev that Time picked out among this year’s top ten.

Yuri is Russian, born in Moscow in 1963, and is renown mostly for his coverage of Iraq, where he lived for years. He is a private man, of few words, with these vulnerable, shy eyes, beautiful, between blue and grey. You would never think him as a war photographer. Even if he underplays, humbly, his merits, and says he just works on news, daily news, not on long-term reportages, each of his shots is actually a story, because each of his instants is an instant that grew up over time, that hasn’t simply a background, but a context – today that many journalists just rush to be the first, to plant the flag on the moon, and then disappear, Yuri tells you that what matters isn’t going, it’s returning. I mean: keep on going, returning over and over. Even when nothing seems to happen. Even when you are no longer on the front page. Since a war is not the frontline, but all that precedes it, and is around it – all that makes up the frontline.

And so last May, when everybody was celebrating the ceasefire in Homs, with Syrians all in a row to get back into their homes, a ceasefire that was intended to be the first of a long series, city by city, and yet remained the only one, Yuri showed us this truce with no smiles, no relief: no hope – because there’s nothing left, in Syria, only ruins: and two regimes instead of one. Whoever you talk to, today, be they a supporter of Bashar al-Assad or of the rebels, or perhaps the Islamists, for every one it’s only about choosing the lesser evil. It isn’t about supporting one side: it’s about non-supporting the opposite side, in this war for supremacy over rubble where the goal, now, is no longer to win, but not to be defeated. And where on the frontline, on both sides, you meet more foreign than Syrian fighters. For Syrians, here, there’s just one role: the role of the dead.

It isn’t but rubble, Syria, rubble kneaded with bodies never recovered, because the rule, here, is one only: that where there is an injured, there is a father, a brother who runs desperately to the rescue, and that’s where the second sniper hits, that’s where the second jet strikes – nothing but rubble, and this kid, with his burden too heavy for his shoulders, that looks at you without staring at you. Because he has no expectations any more, he is now aware that you won’t help him, that you will chance upon this photo, these words, and you’ll go back to your life, to your world. He is aware that he must get by on his own. He looks at you and keeps on going, curved by the burden of this pointless war. 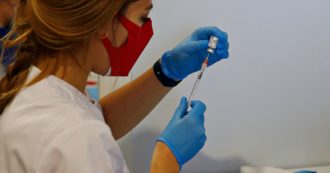