“Plot against Benedict XVI
He will die in 12 months”

“Plot against Benedict XVI
He will die in 12 months”

A note delivered to the Pontiff by cardinal Castrillon a month ago, reports what archbishop of Palermo, cardinal Romeo, said in one of his conversations in China last November: “His interlocutor thought, with fear, that the Pope would be the victim of an attack”. Scola could be his successor. The spokesman of the Holy See, Lombardi: “So incredible we cannot comment on”.

Mordkomplott. “Plot of death”. It is somehow unbelievable to read on a strictly confidential document how an influential Cardinal, such as archbishop of Palermo Paolo Romeo, predicts Pope Benedict’s death no further than November 2012. Being so sure about the death period he made the interlocutors think of the existence of a plot to kill Benedict XVI. The exclusive content published by Il Fatto Quotidiano reveals a note written by anonymous dated Dec. 30th 2011. In Early January, the note was delivered by Colombian Cardinal Dario Castrillon Hoyos to the secretary of State and the secretary of the Pope. Castrillon also suggested making inquiries to understand whom exactly archbishop Romeo talked to while in China.

The Pontiff was told about the content of the note by cardinal Castrillon in person in mid January, during a private hearing. The document opens with a premise in upper case letters: “Stricly confidential”. Although many books have been written about Vatican conspiracies and the suspect death of John Paul I, these circumstances are surely uncommon. No one ever before putted on paper a plot to kill the Pope. A scheme that can have his final showdown in November, due to the deep divisions in the Holy corridors that picture the Pope opposed to secretary of State Tarcisio Bertone the day before an alleged succession.

THE PLOT AND ITS MAIN CHARACTERS.

A document that is written completely in German, Pope Benedict’s mother language. The note has a long object line in bold: “Archbishop of Palermo, cardinal Paolo Romeo’s trip to Beijing on November 2011. During his hearings in China, cardinal Romeo foreshadows the death of Pope Benedict XVI within 12 months. Cardinal Romeo was told of a serious death plot by a well informed source. He was so sure and resolute, his interlocutors in China thought of the existence of an attack scheme against the Holy Father.”

Right after this astonishing preliminary remarks, the document has a three paragraph structure, each one with a bold title. The first one is “Trip to Beijing”; the second one is “Secretary of State Tarcisio Bertone” and the third one is “Pope Benedict XVI succession.”

The first paragraph retraces the unusual trip to Beijing of archbishop of Palermo, Paolo Romeo, an influential character in the Catholic Church: 73 years old, nominated cardinal by the Pope during Nov. 20th 2010 Consistory, he will participate by all meanings to the Papal conclave.

Born in Acireale (Sicily) from a prosperous family, Romeo loves new technology so much that on his archdiocese’s website you can click on “Follow us on Twitter” because “the Lord could use it to reveal all the ten commandments”.

After a long career in the Philippines, Venezuela, Rwanda, Colombia and Canada, Romeo was named papal nuncio in Italy. Pope Benedict disavowed his willing to promote a conference among all Italian bishops anyway, right before he was supposed to be elected as president of Conferenza episcopale italiana (Italian episcopal conference).

Pope Ratzinger disavowed cardinal Castrillon de Hoyos’ letter too, in which he was praising a convicted French bishop that didn’t press charges against one of his priests, guilty of sexual abuse of children.

Older than Romeo, Castrillon is a diehard traditionalist and, when in charged of the Lefebvrian movement as president of the ‘Ecclesia Dei’ commission, he didn’t report bishop Williamson’s anti-semitism to the Pope.

In his eighties in 2010, Castrillon retired and will not participate to the next conclave. He felt humiliated, although, when he discovered Romeo was in China.

“On November 2011, cardinal Romeo landed in Beijing with a tourist visa but he never met any representative of the Roman Catholic Church in China. He met, however, with Italian business men, living or working in Beijing, and some Chinese interlocutors. When in Beijing, cardinal Romeo reckoned he was a special envoy of the Pope to pursue his hearings started by cardinal Dario Castrillon in March 2010. He also stated he was nominated directly by the Pope to carry on the relationships between China and the Vatican”.

The anonymous writer describers Romeo as a braggart. The archbishop of Palermo bears out to be an old friend of cardinal Castrillon, expert of undergound churches in the Philippines and even as a member of a secret council that manages the Roman Catholic Church under the Ratzinger pontificate. “Cardinal Romeo surprised his interlocutors with the statement that he- Romeo- the Holy Father- Pope Benedict XVI- and cardinal Scola are a troika. On important matters, then, the Holy Father consults with him- Romeo- and with Scola.”

At this point, given that “also the relationship between the Secretary of State and cardinal Scola is troubled as well”, here comes the paragraph that deals with the Pope’s succession. And cardinal Scola is way ahead in the nomination, due to his links to Comunione and Liberazione. “The Holy Father is managing the succession and he picked cardinal Scola as a suitable candidate, because he appears close to his personality. Slowly though relentlessly he is preparing and training him up to be the next Pope. On Holy Father’s initiative – says Romeo – cardinal Scola was transferred from Venice to Milan to get ready for his Papacy. Cardinal Romero kept astonishing his interlocutors in China – reckons the document delivered from the Colombian cardinal to the Pope – with his ever increasing indiscretions”.

After picturing conflictual relationships inside the Vatican, Romeo now tosses the bomb. “Cardinal Romeo announced the Holy Father had only 12 months ahead to live. And he was so sure about himself, as he knew it with precision, that he prophesied Pope Benedict’s death within the next 12 months. Cardinal Romeo’s allegations were told by a well informed source. His statement of a death plot against the Pope made his Chinese interlocutors thought the Holy Father was about to be the victim of an attack”. But the note goes on: “Cardinal Romeo didn’t imagine that his statements during private hearings in China could be sent from third parties to the Vatican”.

SUCCESSION, DENIAL AND THE MESS WITH THE VATICAN.

The last paragraph is all about the succession. “Pope Benedict’s successor would be Italian. As cardinal Romeo said in China, after Pope Benedict’s death, cardinal Scola would be elected Pontiff. But Scola has important enemies inside the Vatican as well”.

Il Fatto called the spokesman of the Holy See, father Federico Lombardi, to ask the Vatican official position on the document. His response, yesterday night, was: “You can print anything you want but you’ll take the responsibility for that. It is so out of reality that I won’t even take it in consideration. It is so incredible I won’t even answer your question”.

The denial is questionable because the document raises many questions about the health and the security of the Pope, giving the picture of a troubled Catholic Church.

Besides the truthfulness of the document, the note must be taken to the attention of the public opinion and cannot be kept as a secret. Then again, the document must be explained to Christians worldwide. On Feb. 4th, Il Fatto published the letter in which papal nuncio in the U.S. Carlo Maria Viganò underlined corruption cases, theft and false billing inside the Vatican and pointed to the director of the Vatican museums, Paolo Nicolini, as responsible for those crimes.

Then again, Il Fatto published as exclusive document that shown how the Vatican never gave its bank information to the anti-recycling authorities before April 2011. And now this note that unequivocally talks about the plot of death against the Pope. That is why we have published the note: first of all because officials have to verify the truthfulness of the document and, second, because the Holy Roman Church has to explain the reason why hypothesis of murder circulate among cardinals and bishops. 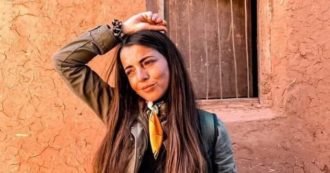