Wait!, you are commanded, Have a seat! Then they add: Mia bella gnocca [it is a Roman expression: Hot chick] – whose meaning, as some Italian predecessors of mine have sworn, is: You are welcome, Madame. Make yourself at home.

No one, actually, looks quite busy. Officials sit behind solid wood desk, or better, sit enthroned, in the middle of huge rooms, like heads of state, with a flag, a silver pen and a chocolate box: and not a piece of paper. Not a laptop. Nothing. Also, they all wear a uniform. They are all soldiers. In accordance with the new customs of the Middle East, where soldiers stay where civilians should stay, and civilians where soldiers should – amid snipers and barrel bombs. “And so you are a war correspondent? Really?”, I am asked. “Fancy that. I’m a colonel and I’m here like a clerk, and you, a woman, you who should be a clerk, you are in war.”

“And what it looks like living under airstrikes? Tell me, tell me.”

And so you get in, every time, and you explain it all again. All your life, from scratch, and all the Kurdish issue, plus scattered questions on Gaza, and Syria, and Juventus and the Champions League final: until the official finds out a neighbor, a friend in high places, an old aunt in common with the Iraqi who is here with you, and he agrees, as an exception, of course, and as a personal favor, very personal, only because perhaps it might be nice a weekend in Venice some day, do you know, by any chance, anybody who could help with a Schengen visa?, he eventually agrees, in short, to dictate all this story to his assistant, Juventus included, and put you and your fate in the hands of some senior official. Some official who has the authority to decide – to decide whether I am in Iraq or not: whether I exist or not. Each assistant writes in hesitant Arabic and clear grammar doubts, interrupted by a hundred phone calls, a hundred jokes, a hundred Iraqis who come each with their own case, with the gossip of the day, the recipe of the rolls of their sister in law: as time passes, and passes, and I have countless other things to do, I have a meeting, actually – at the Embassy of Italy: they are waiting for me: but every one copies his sheet, slowly, every one adds a signature. Every one makes a coffee. And refers me to the next official.

The second problem, in fact, put on hold for a moment the Kurdish issue, is that in Rome I was given a three-month visa instead of the standard one-month visa. Worse: if you examine it with a magnifying glass, it’s a six-month visa type, but with a three-month validity, it’s green, it should be blue, but maybe it’s green, it’s just old, it’s just faded – and while I wonder why it matters, since I’m allowed to stay in Iraq until June, and so it’s fine, the only relevant thing would be an expired visa, or an irregular visa, and most of all, while I wonder why the hell I need this exit stamp, I am bounced off against the next office again and again, and every time I explain it all from scratch, every time in a different language: because we are Europeans, and so, it goes without saying, we speak all European languages. And somebody speaks to me in German, somebody in Spanish. Somebody in Polish. Even in Chinese, a man who’s been working in Shanghai. Until, suddenly forgotten the broblem of the six-month visa type with a three-month validity, a new broblem arises. Because according to all the papers I’ve been piling up so far, I am French. Why I have an Italian passaport? “Francesca”, no?, means French. And this is a broblem that requires a plea to the chief of the chiefs, at the top floor. Who looks me up and down warily, and asks me all my ancestors’ names – plus a quick opinion on al-Qaeda, on Bashar al-Assad, on the difference between Syria and Iraq, and between the mussels of Bari [the food specialty of my hometown] and the fish of the Tigris. And truthfully, not only I’m losing patience, with the Embassy of Italy that by this time, I’m sure, is looking for me, because my iPhone is switched off, it’s in the security room, and probably there is already a blitz of our special forces, they are already torturing the owner of my house to force him to confess my kidnapping: no, I am not only losing patience: I am getting tired, and I am getting sad, because I see the Iraqi who is with me, and has two master’s degrees, and an IQ higher than the IQ of all these officials together, that despite everything plays along, and gives in, and humiliates himself: because he knows that else, I will never get my stamp.

He knows that in Iraq, you must bow your head.

And it’s much more than humiliation, that’s the true point, unfortunately – because there is this sort of smugness, too: as the regime flattered you, somehow, because with such a system everybody has the chance to show off his own connections. His social status. I mean: my Iraqi is proud, he’s proving that with him, you can fix anything: he is a big name – rather than realizing that he’s just wasted two hours for a stamp that shouldn’t even exist.

Because then it turns out that the broblem, besides the Erbil stamp that blurred everything, and so every official has been writing the wrong entry date, so far, and now we must start it all again, we must copy everything again, and besides the broblem that I wear my hair down today, while on my passport I have a ponytail, and it’s not sure I’m the one in the photo, Why?, they ask me in dismay, as today I had green ears, it turns out that the true broblem is that I was given a journalist visa. And it comes to no one’s mind that an Italian with a tourist visa in Iraq, an Italian on holiday in Ramadi, would be a bit freakish. Simply, no one explains me anything anymore. Broblem, broblem, I am told. Journalist, in Iraq: very broblem.

Useless to say: in the end, the only way out is to pay under the table the stamp’s holder.

While behind me, there’s a guy who looks like Sharif Kouddous. And I think of him. I think of Robert Omar Hamilton, of Wael Abbas, of my Egyptian friends, Alaa Abdel Fattah, Asmaa Mahfouz: the activists it all started from. With their PhDs, their brightness, their creativity. Their courage. Because we can invent all the catchy phrases we like, in the West, we can keep on writing: Arab spring, Islamic winter – we can keep on lying: we can back all the al-Sisi, all the Assad, the Erdogan, all the Saudis of the world: this generation will never accept to be ruled in this way.

I have no doubts. No doubts at all.

The Arab spring, despite it all, will start again.

It will sweep it all away. 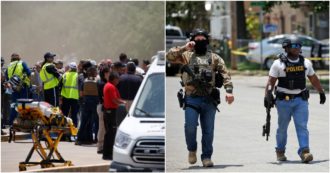