Dear Sir,
We acknowledge receipt of your email below concerning the alleged killing of stray dogs in Ukraine and would like to inform you of the following.

First of all, we want to make it clear that UEFA has never requested for measures to be taken by the local authorities to get rid of stray dogs in the light of UEFA EURO 2012.

Even though UEFA has no authority whatsoever over any of the decisions made locally in the management of sanitation matters in the host cities, we are concerned about this issue and have taken it very seriously.

UEFA had been contacted already back in the summer of 2009 by “SOS Chats” – an NGO based in Switzerland – and by the Kyiv branch of the Society for the Protection of Animals (SPA) with complaints about the poisoning of stray dogs by the authorities in Ukraine. SOS Chats and SPA argued that the reason for the massacre of dogs was the upcoming EURO and the wish of the Ukrainian authorities to present clean cities to visitors attending the tournament.

While not responsible of this situation, UEFA immediately informed the local authorities of Ukraine, via a letter sent to the then vice-prime minister, Ivan Vasiunyk, on 23 September 2009, and demanded that appropriate measures be implemented to deal with this issue.

Following the change of government in Ukraine, UEFA again sent a letter to the vice-prime minister, Borys Kolesnikov, on 1 June 2010 and has further raised the issue at various meetings with the state and local authorities.

UEFA also made a donation to the Kyiv branch of the Society for the Protection of Animals (SPA) to help them finance their activities and we still have regular contact with the SPA to assist them in their activities.

As you can see from the above, we have used the extent of our influence to address this issue with the Ukrainian authorities and have repeatedly asked those responsible to develop appropriate initiatives which respect the dignity of animals.

Our efforts, and those of numerous animal protection organisations, were finally rewarded in November 2011, when the Environment Minister of Ukraine Mykola Zlochevsky officially announced the immediate interdiction of the killing of stray dogs.

Mykola Zlochevsky further added that animal shelters will be built in Ukrainian cities and that animals that could not be housed there would be sterilised before being released. The Ukrainian government also announced that new laws would be adopted shortly in order to make it compulsory for city mayors to enforce such new regulations or run the risk to face prosecution.

The Ukrainian authorities are currently working together with several NGO’s, including Naturewatch, a renowned UK-based non-profit animal welfare campaigning organisation, in the implementation of a “Capture, Sterilisation and Release” programme in several cities, as well as in the construction of animal shelters.

We also would like to point out that Naturewatch has recently written a letter to UEFA acknowledging our efforts in addressing the authorities of Ukraine on this issue and for urging the adoption of humane stray animal population control policies. You can find a copy of the letter enclosed.

We thank you for your letter and we hope that we have been able to clarify the situation regarding stray animals with respect to the forthcoming UEFA EURO 2012 in Poland and Ukraine. 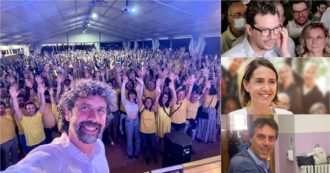