The first antiseismic regulation in Europe was adopted at the time of king Ferdinando IV di Borbone, after the great earthquake which killed about 30 thousands people in Calabria, in the year 1783. This is not just a secondary fact, since the Italian territory is under constant seismic risk. Of course, a significant change in construction technologies has taken place since then,with the advent of reinforced concrete and steel, in the first place.

Nevertheless, it should be observed that, in the pre-industrial era, they designed building technology that was able to undergo seismic stress effectively, avoiding structural collapse. The Bourbon king did neither use cabins or other temporary buildings, and took into account the local expertise of the workers and materials available.

The postseismic reconstruction was led by a large team of engineers and allowed the reconstruction of dozens of cities. Some of them were relocated to safer places. Others, such as Reggio Calabria, were rebuilt on site.

Instructions signed by King Ferdinando IV prescribed large roads (6-8 meters in width for the secondary; 10-13 for the main ones), central squares for the main markets and other smaller squares, whose size was related to the population, so they can be places of refuge.

Beyond the historic and urbanistic aspects of this huge “ricostruzione”, the technological heart of these new buildings was represented by the adoption from the structural point of view of a very effective technique: a three-dimensional wooden frame embedded in the stone masonry, so as to allow the walls to resist seismic stress without leading easily to the typical diagonal shear “ X “ crack patterns that we can see in buildings as a result of significant seismic events. During the 18th century the diggings in Herculaneum and Pompeii were started. Nevertheless, the exterior walls of the Herculaneum house (Picture 1) are only the thickness of the timber framing, while the Baraccata construction is bearing wall thickness, with the timber embedded on the interior as an armature. The precursor is the Lisbon “Gaiola”, also known as Pombalina construction after the Marquis de Pombal (Picture 2).  This construction was probably the result of a survey of surviving construction after the 1755 Lisbon quake, when they would have seen the half-timbered medieval buildings still standing, as that was a common construction in the medieval period over much of Europe.

The mixed construction technique of the late 1700, as clearly shown in the studies of Prof. Randolph Langenbach, had precursors in the Mediterranean area and not only: in Kabul, in Turkey, where similar structures are named hımış [pronounced “humush”],  in Portugal and Greece. In the scientific field they are called  timber frame with masonry infill. He highlighted that in towns affected by strong earthquakes, where many buildings containing reinforced concrete frames are completely collapsed, as they do when badly fabricated, surprisingly, ancient masonry structures with wooden reinforcements surprisingly remained standing. It is just the case of the hımış building in Picture 2, remained standing after the Turkish earthquake in 1999. In the foreground, a concrete structure, completely collapsed. During his presentation in the 2013 H.Ea.R.T Conference, organized by the National Research Council at Cosenza, Langenbach has highlighted the effort of the Neapolitan engineers of the 18th century, to achieve an early antiseismic code, passing from an empirical based design to a calculation-based approach to structural design. I wrote to Prof. Langenbach, some days ago, to ask some questions about the “Casa Baraccata” technology, described by Giovanni Vivenzio in “Istoria de’ Tremuoti” (picture 3), in 1783; Vivenzio emphasized on the differences from the Portuguese system, named “gaiola”, that went back a few years before.

The advantage of including the masonry in a three-dimensional frame of timber reinforcement allows a 3-D mode structural behavior of the whole.

As a matter of fact, the main seismic weakness in masonry walls is represented by the lack in connection between blocks in the wall, as well as the disconnection between neighbor walls and, eventually, the absence of a “box-type” building behaviour. The palace of Mileto Bishop is a very interesting case of this technology. It was rebuilt after the 1783 earthquake, adopting the seismic design criteria contained in the Bourbonic code. Its structure has gone through over 200 years of history and significant earthquakes, like the one of Messina, that took place on December 28, 1908.

In 2013, CNR researchers presented interesting results during the H.Ea.R.T conference. They demonstrated that the Bourbonic system can resist relevant earthquakes and even that, improving the design of details, could also be adopted in modern buildings, ensuring safety and appropriate stability requirements.

We should reflect on the fact that, at the end of 1700, after a severe earthquake, they were able to rebuild dozens of cities with innovative design techniques while today, in those same lands, you can not even complete a highway after some decades…

Professor Randolph Langenbach (http://www.conservationtech.com/) is kindly acknowledged for providing me with the images shown in this article and his relevant technical suggestions. Foto © Randolph Langenbac. [Italian version] 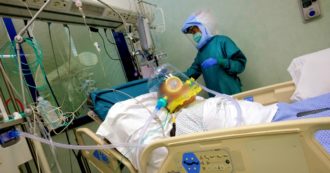