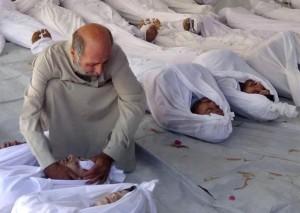 In this citizen journalism image provided by the Media Office Of Douma City, which has been authenticated based on its contents and other AP reporting, a Syrian man mourns over a dead body after an alleged poisonous gas attack fired by regime forces, according to activists, in Douma town, Damascus, Syria, Wednesday, Aug. 21, 2013. Syrian regime forces fired intense artillery and rocket barrages Wednesday on the eastern suburbs of the capital Damascus, in what two pro-opposition groups claimed was a "poisonous gas" attack that killed dozens of people. (AP Photo/Media Office Of Douma City) 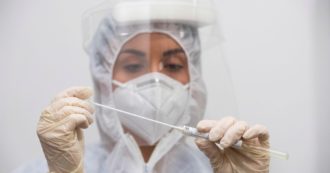