Ruby, B. under investigation for child prostitution Videos and photos found in girl’s laptop

Ruby, B. under investigation for child prostitution Videos and photos found in girl’s laptop

Silvio Berlusconi, under investigation since December 21, 2010 over the Ruby prostitution sex scandal, has been formally summoned by the Milan prosecutors. The police is now questioning the young Moroccan girl and several other escorts

After four months of investigation, dozens of interrogations and a huge work over the wiretappings, the Milan prosecutors believes they can prove that Ruby had several sexual encounters with the Prime Minister – those meetings, not free of charge, took place when she was still underage. Berlusconi always denied the knowledge of Ruby’s exact age, but apparently there is a detail saying the opposite. On May, 27, when Berlusconi phoned the Milan police station asking for the immediate release of the young Moroccan girl, he gave orders to entrust her to Nicole Minetti, former Mediaset showgirl “promoted” to the role of regional councillor in the Lombardia region. According to the investigators, Minetti was in charge of coordinating the swirl of escorts and prostitutes who went in and out of Arcore, the Prime Minister’s villa near Milan. Minetti is now under investigation for aiding and abetting child and adult prostitution. An investigation notification has also been sent to talent scout Lele Mora and Mediaset newscaster Emilio Fede for the same charges.

Among the material gathered by the investigators, there are also digital photographs and videos of parties held in Sardinia found in Ruby’s laptop – which was confiscated last October, 28, in the care home of S. Ilario, Genova, where the then underage Kharima el Marhoug, aka Ruby Rubacuori (Ruby the Heart-stealer), used to live.

Berlusconi, who is under investigation since December 21, 2010, for exploitation of underage prostitution and graft, was invited to present himself for questioning. During the whole morning, the Milan police searched regional offices and prostitutes’ homes in the city. The police have also searched again the care home where Ruby has her legal residence. According to the prosecutors Ilda Bocassini, Antonio Sangermano and Piero Forno, the first meeting between the Moroccan girl and Berlusconi took place on February, 14, when the Prime Minister supposedly bought Ruby a dress. This thesis has emerged from the investigations, which were mainly based on the study of the wiretappings.

The police is now questioning the young Moroccan girl and several other girls involved in the prostitution ring. The police tried to search the office of Giuseppe Spinelli, manager of the real estate company Idra and of the holding Dolcedrago – who is also under investigation with the PM in the Medusa Film and Villa Macherio trials. The permission of conducting a search was nonetheless denied because the office is linked to the political secretariat of PM Berlusconi, and therefore it has parliamentary immunity.

Spinelli is generally known to be the man in charge of handling Berlusconi’s cash flow, used to manage his villas. The houses of Lele Mora and Emilio Fede were not searched, while the search of Nicole Minetti’s private home has just been conducted.

A note of from the Milan prosecuting attorney Edmondo Bruti Liberati points out that the crimes are thought to have been committed at Arcore between February and May 2010. Karima el Mahroug, aka Ruby Rubacuori, is identified as the injured part. According to the investigations, it was Minetti who allegedly led the young Moroccan girl to prostitution in the time span between February and May 2010 – the same period of time for which the PM is under investigation for having had sexual encounters with the underage girl.

That day of May, Ruby was taken to the police station following the report of a theft, of which one of her acquaintance accused her. The child prosecutor Fiorillo ruled the girl to be brought to a care home.

The prosecutors believe that the phone call – made by the PM the night between May 27 and 28 2010 to the Milan police headquarters to have the 17-year-old girl released and entrusted to the regional councillor Nicole Minetti – aimed at avoiding that what went on behind the scenes at his parties in Arcore emerged. According to the prosecutors, the Prime Minister allegedly abused his prominent political position to cover up the presence of an underage prostitute, with whom he was involved during several weekends at Villa San Martino. The People of Freedom regional councillor, Nicole Minetti, is under investigation on suspicion of aiding and abetting child and adult prostitution.

Contacted by Ansa, Emilio Fede said he was not aware of the investigation. “I have read it in the papers, I didn’t know about it. I haven’t received any formal communication by the judges, nor I had any searches done here.” 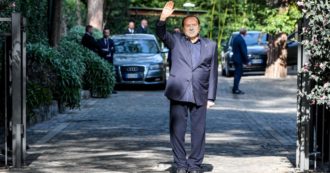